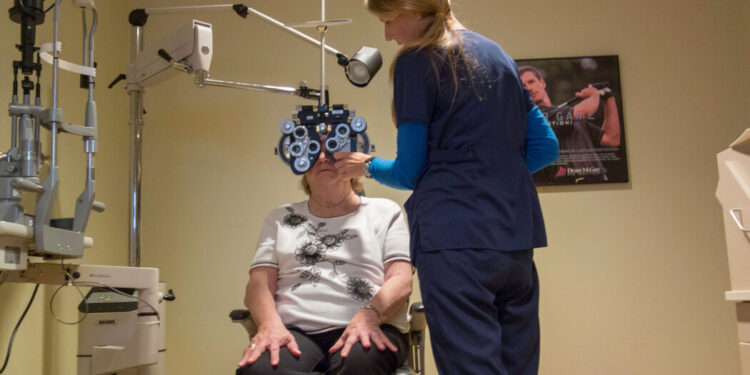 Dementia cases are rising along with an aging world population, and yet another highly anticipated Alzheimer’s drug, crenezumab, has proven ineffective in clinical trials — the latest of many disappointments. Public health experts and researchers argue that it’s time to turn our attention to a different approach — aimed at eliminating a dozen already known risk factors, such as untreated high blood pressure, hearing loss and smoking, rather than on an exorbitantly priced, new drug.

“It would be great if we had drugs that worked,” says Dr. Gill Livingston, a psychiatrist at University College London and chair of the Lancet Commission on Dementia Prevention, Intervention and Care. “But they’re not the only way forward.”

Emphasizing modifiable risks — things we know how to change — means “a drastic change in concept,” said Dr. Julio Rojas, a neurologist at the University of California, San Francisco. By focusing on behaviors and interventions that are already widely available and for which there is strong evidence, “we are changing how we understand the way dementia develops,” he said.

The latest modifiable risk factor was identified in a study of low vision in the United States recently published in JAMA Neurology. Using data from the Health and Retirement Study, the researchers estimate that about 62 percent of current dementia cases could have been prevented across risk factors and that 1.8 percent — about 100,000 cases — could have been prevented through healthy vision.

While that’s a pretty small percentage, it’s a relatively easy fix, said Dr. Joshua Ehrlich, an ophthalmologist and population health researcher at the University of Michigan and the study’s lead author.

That’s because eye exams, prescription glasses, and cataract surgery are relatively inexpensive and accessible interventions. “Globally, 80 to 90 percent of visual impairment and blindness are avoidable with early detection and treatment, or have yet to be addressed,” said Dr. Ehrlich.

In 2020, the commission added three more: excessive alcohol consumption, traumatic brain injury and air pollution. The committee calculated that 40 percent of dementia cases worldwide could theoretically be prevented or delayed if those factors were eliminated.

“There could be a huge change in the number of people living with dementia,” said Dr. Livingston. “Even small percentages — because so many people have dementia and it’s so expensive — can make a huge difference to individuals and families, and to the economy.”

In fact, in wealthier countries, it’s already happening because people are getting more education and smoking less, she noted. Because the risk of dementia increases with age, as more people get older, the number of cases of dementia continues to rise. But the ratios are declining in Europe and North America, where the incidence of dementia has fallen by 13 percent per decade over the past 25 years.

dr. Ehrlich hopes the Lancet Commission will add visual impairment to its list of modifiable risks when it updates its report, and Dr. Livingston said this would indeed be on the committee’s agenda.

Why might hearing and vision loss contribute to cognitive decline? “A neural system maintains its function through stimulation of sensory organs,” explains Dr. Rojas, a co-author of an accompanying editorial in JAMA Neurology. Without that stimulation “there will be a neuron extinction, a brain realignment,” he said.

Hearing and vision loss can also affect cognition by limiting older adults’ participation in physical and social activities. “You can’t see the cards, so you stop playing with friends,” said Dr. Ehrlich, “or you stop reading.”

The link between dementia and hearing loss, the key factor cited by the Lancet Commission as a modifiable risk, is well established. There is less clinical data on its association with impaired vision, but Dr. Ehrlich is a co-investigator of a study in South India to see if providing glasses to older adults affects cognitive decline.

Of course, this approach to reducing dementia is “ambitious,” he acknowledged: “We’re not going to eradicate low education, obesity, all these things.”

Some efforts, such as raising the level of education and treating high blood pressure, should begin in childhood or middle age. Others require significant policy changes; for example, it is difficult for an individual to control air pollution. Changing habits and making lifestyle changes — such as quitting smoking, drinking less, and exercising regularly — isn’t easy.

Even fairly routine medical practices, such as measuring and monitoring high blood pressure and taking medications to control it, can be difficult for low-income patients.

In addition, older Americans are likely to notice that routine vision and hearing care are two services that traditional Medicare doesn’t cover.

It reimburses care related to diabetic retinopathy, glaucoma or age-related macular degeneration, and it covers cataract surgery. But for more common problems that can be corrected with eyeglasses, “traditional Medicare won’t help you much,” says David Lipschutz, associate director of the Nonprofit Center for Medicare Advocacy. Nor does it cover most hearing aids or exams, which are a much higher cost.

Medicare Advantage programs, offered by private insurers, usually include some vision and hearing benefits, “but consider the scope of coverage,” warned Mr. Lipschutz. “They could spend $200 or $300 or $500 on hearing aids” — but at a typical $3,000 to $5,000 per pair, “they may still be way out of reach,” he said.

Expanding traditional Medicare to include hearing, vision and dental benefits was part of the Biden administration’s Build Back Better Act. But after the House passed it in November, Republicans and Senator Joe Manchin III, a Democrat, sank it in the Senate.

But despite the caveats and warnings, reducing modifiable risk factors for dementia could pay off hugely, and the Centers for Disease Control and Prevention have incorporated that approach into their national plan to tackle Alzheimer’s disease.

A focus on these factors can also help reassure older Americans and their families. Some major risks for dementia are beyond our control – genetics and family history, and aging itself. However, modifiable factors are things we can act on.

“People are so afraid of developing dementia, losing your memory, your personality and your independence,” said Dr. Livingston. “The idea that you can do a lot about it is powerful.”

Even delaying the start can have a big effect. “If, instead of getting it at 80, you get it at 90, that’s a huge thing,” she said.

Eye and hearing exams, exercise, weight management, smoking cessation, blood pressure medications, diabetes care — “we’re not talking about expensive surgeries or expensive surgeries or seeing specialists away for hours,” added Dr. Ehrlich to it. “These are things people can do in the communities where they live.”