Dancer creates fusion of Bharatnatyam and hip-hop, internet with awe 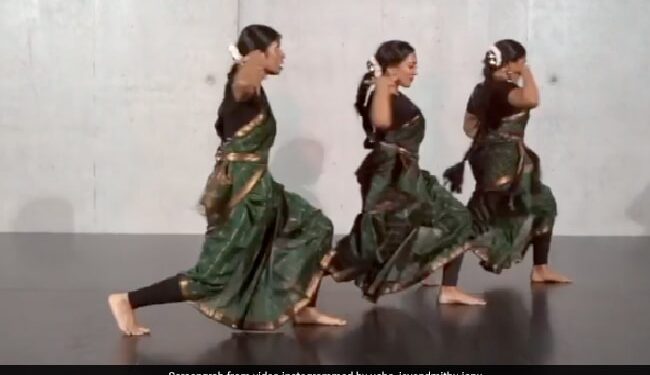 Choreographer Usha Jey and two other women show a mix of graceful Bharatnatyam and freestyle hip-hop.

The Internet is full of content from creative people. From simultaneously sketching five superhero figures to realistic tattoos, many artists have wowed the world with their incredible art.

Choreographer Usha Jey goes one step further and posted a video to her personal Instagram handle, showcasing a mix of graceful Bharatnatyam and freestyle hip-hop. Ms. Jey said she’s the one who choreographed the dance routine.

“#HybridBharatham is my way of switching between Hip-Hop and Bharatnatyam, 2 dances I love, learn and respect. My goal is to preserve the essence of every dance and create something that reflects who I am,” the Instagram post read.

The video has received more than 6.78 lakh views so far and users have made heartfelt comments on the post.

“oh my goooood!!!!! you are everything. you guys killed this wow,” one user commented.

“Omggg what an atmosphere guys!! Ahhh you broke him! Over and over,” wrote another.

“This was such a VIBE!!!! You girls beat it,” read one of the comments.

Videos of single dancers and dance crews are often shared on social media. People like to look at it for inspiration and pleasure.

Jika, a French dancer and Instagram influencer, grabbed a remixed version of the song that was circulating on the internet and performed the traditional Indian dance with his friends.