French dancer’s Bharatnatyam on “Snehithane Snehithane” rejoices on the Internet 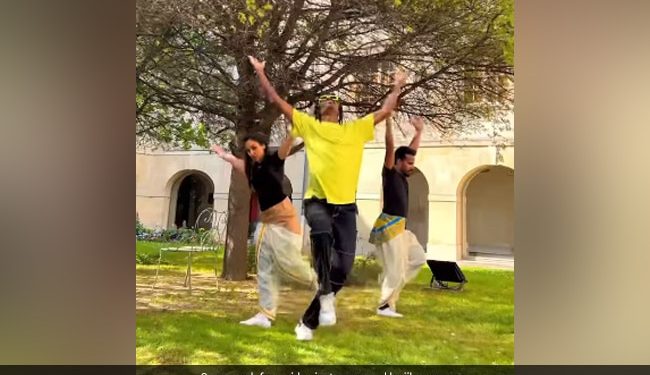 It’s very hard to resist a spicy dance number. And when an Instagram influencer adds their touch to the trending beats, you get a viral hit.

The same happened with “Snehithane Snehithane” – a song from the Tamil movie Alaipayuthey which was released in the year 2000. Jika, a French dancer and Instagram influencer, picked up a remixed version of the song that made the rounds on the internet and presented a Baratnatyam dance along with some of his friends.

He shared the video on Instagram with the caption, “I tried the Bharatanatyam dance.” He joined forces with the popular Indian dancer and choreographer Shanti and Emile Travis.

Since the video was posted three days ago, it has received more than 18,000 likes.

Instagram users from all over the world have showered their love with lovely comments.

Some people demanded that he choose a song from their native language.

This is not the first time that Jika has performed on an Indian song, he continues to entertain his fans with many such posts. Jika’s latest video about an Indian song “Tip Tip Barsa Paani” in an empty stadium also went viral.

That video was viewed more than 90,000 times and received 24,000 likes. Jika was seen performing the signature move, which was praised by social media.

He also chose ‘Sami Sami’ from Allu Arjun starrer Pushpa: The Rise as one of his dance numbers. In one of the recent posts, Jika chose another Bollywood song “Dil Dooba” with a mashup of some other songs.