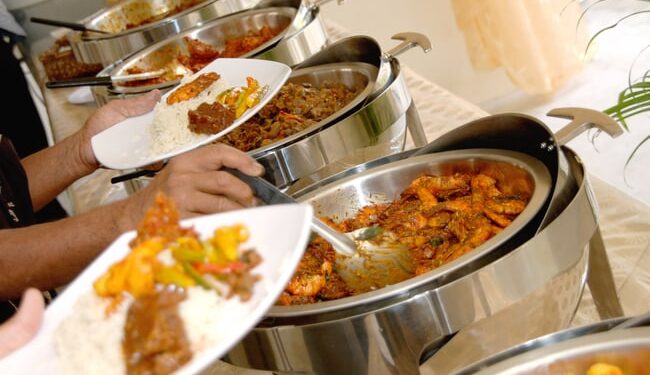 The video has received more than 33 million views and more than 1.8 million likes. (Representative photo)

One of the most common reasons for people to attend weddings is the delicious cuisine. A hilarious video goes viral on social media showing a swarm of guests attending a wedding function (called baaratis) is seen in the dining area as soon as it opens.

The video was shared by Baagdi Bata on Instagram on April 25 with the caption: “A friend shared.”

The guests crave the food so much that they can’t wait any longer. In the video, we see waiters step aside as the guests rush to the dining room.

A man, who appears to be an elderly person, rushes to the table to grab the plate as quickly as possible and begins to fill it with a variety of foods, the video shows. Other people may rush to get their hands on the food before it’s gone.

The video has garnered over 33 million views and over 1.8 million likes to date and left the internet in awe.

Also read | “Ruined Her Life”: Internet On Wife Who Left Husband For “Soulmate”

“What kind of wedding guests are they?” a second user wrote.

“Our friends at weddings,” commented a third user.