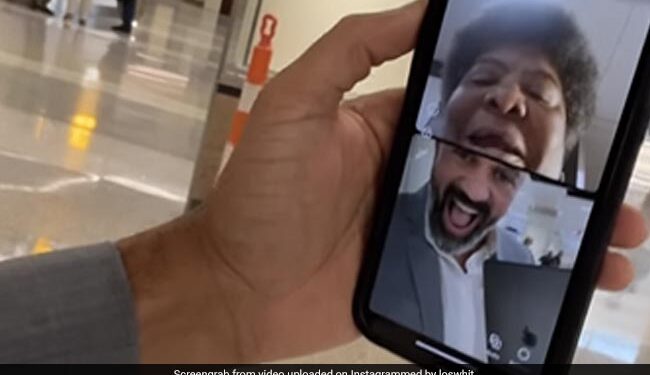 Mr. Whittaker rewarded the food court employees with a total of $110,000.

It is well said that kindness and humanity are still present in a few people. To prove this right, a writer and speaker offered a huge sum of money to three of the workers at the Atlanta airport in the United States.

A video has gone viral on Instagram showing the writer, Carlos Whittaker, video chatting with three of the workers, one at a time, telling them he’s going to give them $4,000, or about 3.3 lakhs each. But later they were surprised to get $35,000 each. The workers, named Phyllis, Brandon and Josh, were helped with the money Whittaker received from online donations from Instagram users.

The video was posted to Instagram by Mr Whittaker himself on October 8. “When I left the airport we had raised enough to give each of them $4,000. I informed them that it is not $35,000 each. Insta Familia. You changed three lives,” he wrote while sharing the post .

Mr Whittaker rewarded the food court employees with a total of $110,000 while recording their reactions on Instagram.

All three workers were shocked to hear Mr Whittaker’s announcement. When Phyllis received the news, she saw that she was handcuffed. The viral video features Mr Whittaker saying, “The smile on your face and the way you serve is stunning.” And Josh says, “That will help us a lot. I can get a house for my parents. I’ll be able to take care of my family and the people I care about.”

One user wrote in honor of the writer: “I love you. Kindness. Love. Simply, you are the best.”

Another said: “I spoke to and encourage everyone with a name tag on!”

Another surprised user commented, “This is amazing! My heart is bursting for them.”