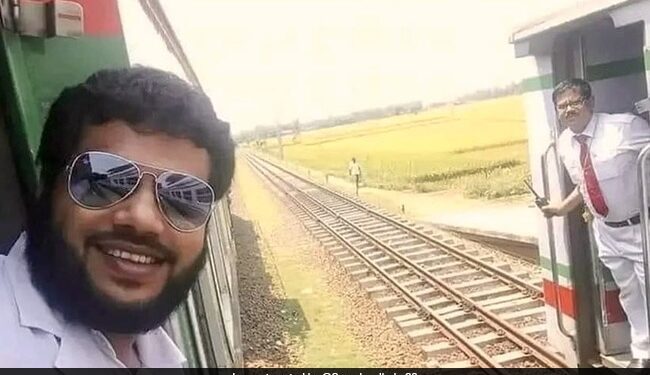 The train selfie is becoming increasingly popular on social media.

A very special moment was captured on camera and is going viral on social media. The photo shows two generations in one frame, but it’s the setting that delights the internet.

The selfie shows a man – a travel ticket examiner (TTE) at the railways – and his father – a security guard – a few meters apart, on two different trains.

While the son, who clicked on the photo, is on duty on one train, his father is working on another. Both men are wearing uniforms in the selfie.

“Great selfie. Father is a guard on the track and son is TTE. When the two trains were running side by side, it led to a selfie moment,” the tweet captioned the photo. It was posted by Suresh Kumar.

The place where the selfie was taken and the names of the two trains are not mentioned in the tweet. However, part of a platform is visible, implying that the trains were not moving when the photo was taken.

“Great moments,” said one Twitter user. “Father and son love each other,” another tweeted.

Many other users also admired the beautiful moment.