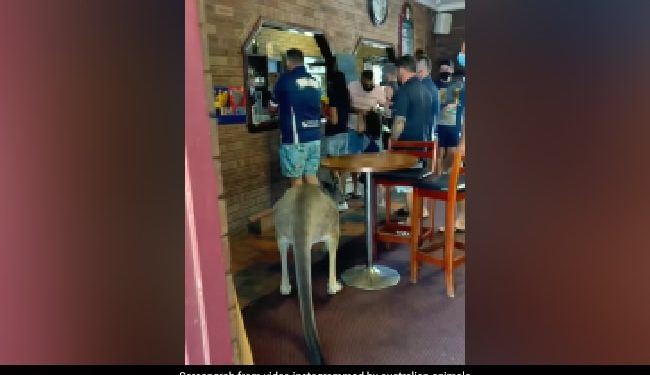 The kangaroo entered a bar, but those in attendance did not blink.

A video shot in Australia has gone viral on social media. It shows a kangaroo entering a bar and people not being bothered by the animal.

Kangaroos are native to Australia and so the locals are used to their presence in public places. In the video, the kangaroo steps into the bar and quickly escapes.

Shared on Instagram “australian.animals”, the video has received more than 85,000 likes and millions of views.

The video is captioned “Unexpected Visitor” and credited to a user named pennywittenbaker.

The unusual behavior of those present in the bar surprised social media users. “We love that everyone there just looked at him and said ‘hm nice’ and then kept waiting in line,” said one user on Instagram.

“Doesn’t look ‘unexpected’. Everyone just moved in and did their thing. It didn’t cause a fuss either. Looks like a regular customer,” said a second user.

The kangaroo is a national animal of Australia. Featured on the country’s coat of arms and in part of the currency, it serves as the logo for some of Australia’s most well-known companies, including Qantas and the Royal Australian Air Force medallion.

Because the kangaroo is so important to Australian culture and national image, it has many pop culture references.

Earlier this month, a white kangaroo was spotted in the outback of Queensland. A woman, living in Queensland, was stunned after she glimpsed the animal moving in a property outside Longreach.

She clicked on the pictures of the kangaroo, which were posted on the Outback Pioneers Facebook page. The photos quickly went viral. 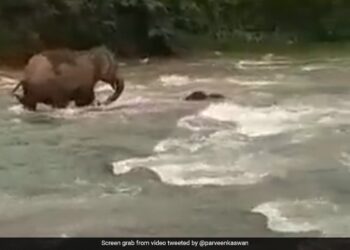 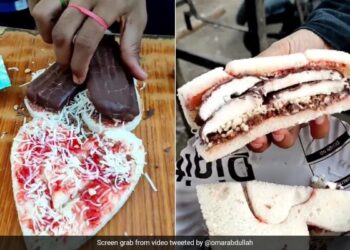