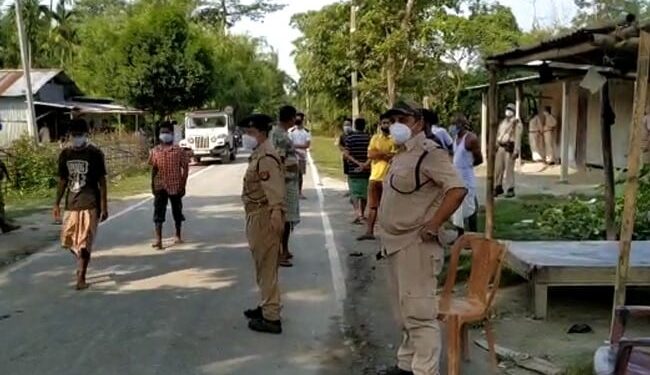 In a fierce clash between the United Liberation Front of Asom – Independent (ULFA-I) and security forces, a ULFA-I cadre was killed Friday in Tinsukia district of upper Assam.

The killed terrorist has been identified as Gyan Asom.

Deputy Inspector General of Police Jitmol Doley confirmed the incident, saying: “A ULFA (I) militant has been shot. We suspect that at least two to three members of the group were injured in the firefight. A large number of weapons and ammunition has been recovered. Our search is still ongoing. All neighboring villages and escape routes have been closed off to prevent the militants from escaping.”

According to sources, the security forces have received information about the presence of six ULFA-I cadres led by one Rupon Asom who took shelter in Dapather Majgaon under the Kakopathar Police Station.

Tinsukia Chief Inspector of Police Debojit Deuri said: “There was a group of six militants holed up in a house. A militant was killed in a joint operation between the police and the army.”

“After receiving the input, a joint team of 14 Assam Regiment and the police launched an operation. The security team came under heavy gunfire as they approached the house where they had sought shelter. They also attacked the security team with two grenades ,” sources said.

“In retaliatory fire, two executives suffered bullet injuries when they tried to flee to the path from the backyard of the house,” she added.

Later, the body of an executive was recovered.

“A bag containing an improvised explosive device (IED) has been found in the house where they were hiding. The group entered the house early in the morning on Friday and searched at gunpoint at gunpoint,” a source said.

Meanwhile, security forces have launched a cam operation to catch the rest of the terrorists who managed to flee.

The ULFA(I) has had a unilateral ceasefire since May 2021, when the incumbent government under Himanta Biswa Sarma came to power.