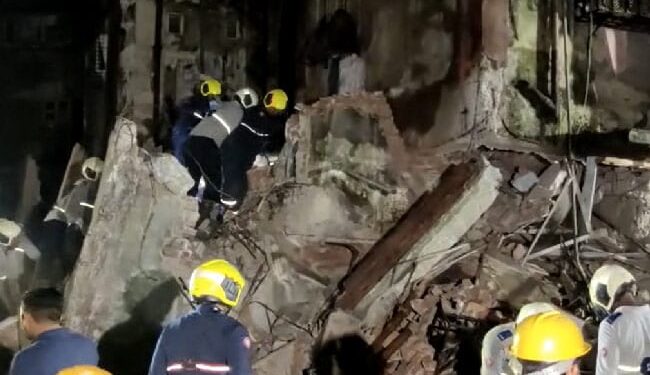 The injured have been transferred to hospitals

Twelve people were rescued and 10 people were feared trapped after a four-storey building collapsed in Mumbai, a fire officer said Tuesday.

One wing of the residential building, located in Kurla’s Naik Nagar Society, collapsed around midnight, the official said, adding that the connected wing was likely to collapse.

The injured have been transferred to public hospitals in Ghatkopar and Sion and more survivors are being sought, he said.

Locals informed firefighters that about 20-22 people were trapped under the rubble when they arrived on the scene following a phone call about the incident, the official said.

About a dozen fire trucks were deployed to the scene, in addition to two rescue vehicles and other fire equipment, the official said.