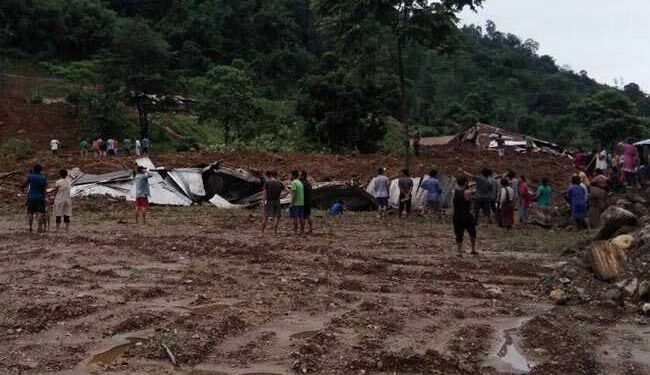 Landslide in Arunachal Pradesh: The area has had a lot of rain in recent days. (File)

Two people died when their home was hit by a massive landslide caused by an incessant downpour, near Punjabi Dhaba in Arunachal Pradesh, police said Monday.

A woman is still trapped inside the mud house, which collapsed on Sunday night as a result of the landslide, Police Superintendent (SP) Jimmy Chiram said.

Although two bodies have been recovered from the rubble, the woman’s fate is not yet known, he said.

“Operation is underway to save her,” the SP added.

They have been identified as 50-year-old Nagen Barman and Tapas Rai, 15, while Kusum Rai, 35, has yet to be rescued, Itanagar Police Station Commander Phassang Simi said.

Most parts of the state have experienced heavy rainfall in recent days, with landslides from several districts, officials said.