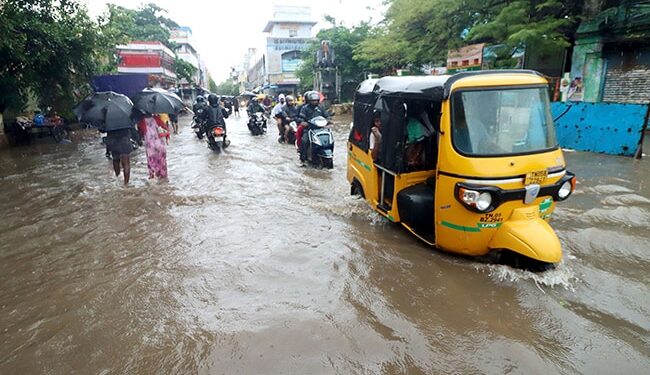 Chennai witnessed heavy rainfall on Tuesday evening, leading to the deaths of two people. Several places in the city and suburbs were also flooded after the downpour.

A man was electrocuted while a woman died after a wall collapsed.

The government of Tamil Nadu has declared a rainy holiday for schools and universities in Chennai, Tiruvallur and Ranipet districts on Wednesday morning.

Although the rain has eased on Wednesday, the Indian Meteorological Department (IMD) has forecast heavy rain in remote places over Chennai, Chengalpattu, Tiruvallur and Kancheepuram districts.

Two subways were closed because of the rain. The city also witnessed traffic congestion and slow vehicle movements.

The chief minister of Tamil Nadu, MK Stalin, held a virtual meeting with top officials and instructed them to act quickly on complaints.