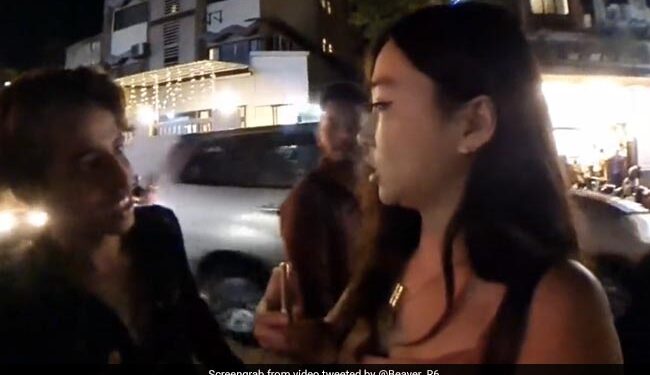 The men were arrested after video showed them harassing the South Korean YouTuber in Mumbai.

A Mumbai court on Tuesday granted bail to two men arrested for allegedly harassing a South Korean vlogger and YouTuber while she was live-streaming on a street in the metropolis’ Khar.

The Bandra metropolitan court granted bail to the duo on a cash bond of Rs 15,000 each and ordered them to cooperate with the investigation, their lawyer Zamir Khan said.

The detailed order was not yet available.

The suspects have been booked under section 354 (assault or criminal violence against a woman with intent to violate her modesty) of the Indian Penal Code.

The duo were arrested hours after a video surfaced on social media last week showing the woman being sexually harassed in Mumbai’s Khar district.

It showed a youngster getting close to the vlogger and trying to pull her by holding her hand even as she protested. When the woman walked away from the scene, the man reappeared on a motorcycle with a friend and offered her a ride, which she refused.

Police learned of the incident after receiving the video on their Twitter account and registered an FIR. The duo, aged 19 and 21, were caught in nearby Bandra