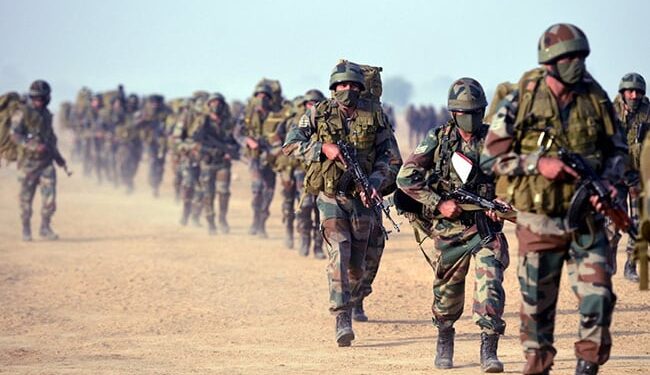 One of the jawans, Prakash Singh Rana, is a resident of Ukhimath in Rudraprayag district. (File)

Two soldiers in Arunachal Pradesh have been missing for more than two weeks, the army said today, adding that searches are underway.

The soldiers were deployed in the front areas of the Anjaw district in Arunachal and have been missing since May 28, the defense ministry said in a statement.

Naik Prakash Singh and Lance Naik Harender Singh, deployed at the forward post of Arunachal Pradesh, are believed to have accidentally fallen into a river near their post.

Despite intensive search and rescue operations, the two personnel could not be traced, the ministry said.

The military has convened an investigating judge to investigate the incident.

The family members of the two soldiers have been informed about the incident and are being kept informed of the situation.

One of the jawans, Prakash Singh Rana, who is originally a resident of Ukhimath in Rudraprayag district, was deployed at the Thakla post on the India-China border in Arunachal Pradesh. He was deployed in the 7th Garhwal Rifles.

“I have spoken to the Union Defense Minister Ajay Bhatt about it and he has assured me that something will happen,” BJP lawmaker from Sahaspur Sahdev Singh Pundir told PTI news agency.