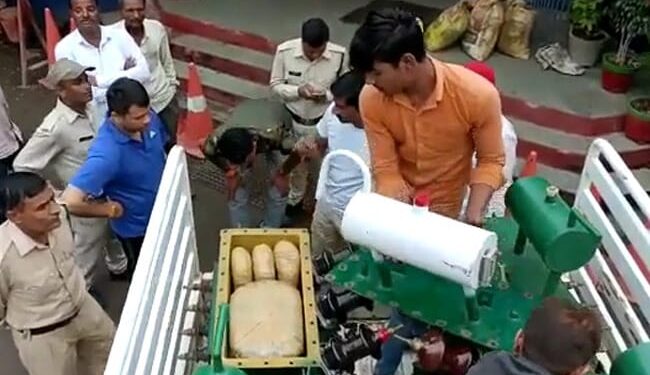 The Narcotics Control Bureau today seized 260kg of cannabis from a mini-truck in Ujjain, Madhya Pradesh. The drugs were found hidden in electrical transformers.

When officials inspected the truck, several packets of cannabis were found hidden in the transformers.

The drugs were taken from Odisha and taken to Kota in Rajasthan.

In a major seizure in May, drugs worth 100 crore were seized in the city of Itarsi in Madhya Pradesh.