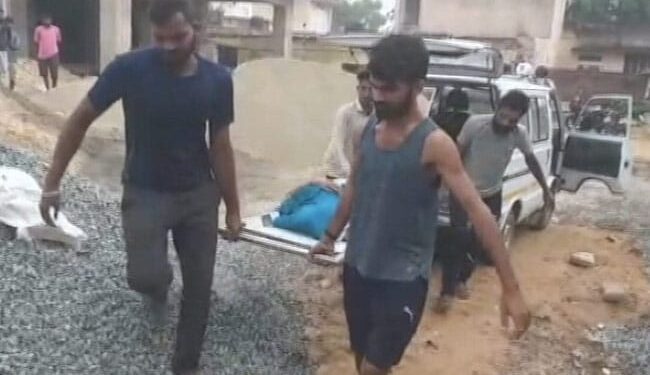 The stampede happened around 5 a.m.

Three people died and two others were injured early Monday morning in a stampede at Khatu Shyam Ji temple in Sikar in Rajasthan.

The two injured were taken to a hospital in Jaipur for treatment.

The stampede took place around 5 a.m. at the entrance to the temple.

Today, the 11th day of the lunar calendar, is considered auspicious for: darshan of Khatu Shyam Ji, believed to be an incarnation of Lord Krishna.

According to the police, a large crowd stood outside the temple waiting for the gates to open. Once the gates were open and people tried to push in, a woman reportedly passed out and fell, causing others to fall behind her as well. In the ensuing chaos, three women were killed and two injured.

A team of police officers immediately rushed to the temple to control the crowd and bring the situation under control.

Sikar Police SP Kunwar Rashtradeep told DailyExpertNews the situation is under control and the mob is being regulated.

Prime Minister Narendra Modi took to social media to express his condolences to the families of the victims.

“Saddened by the loss of life caused by a stampede at the Khatu Shyamji Temple complex in Sikar, Rajasthan. My thoughts are with the bereaved families. I pray that those injured recover as soon as possible,” the prime minister wrote.

Saddened by the loss of life caused by a stampede at the Khatu Shyamji Temple complex in Sikar, Rajasthan. My thoughts are with the bereaved families. I pray that the injured recover as soon as possible.

Long lines of people can still be seen walking in groups towards the temple. Sometimes these lines stretch for miles on the state highway.