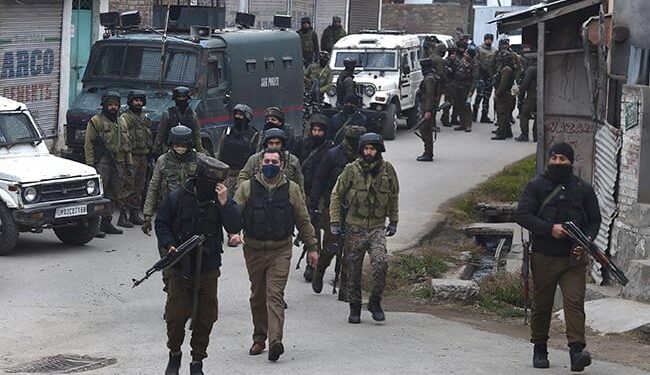 Earlier, the police had said that 3 Lashkar terrorists were detained at the meeting place. (representative)

Three Lashkar-e-Taiba terrorists, including Lateef Earlier who was involved in the May murder of Rahul Bhat, associate of Kashmiri Pandit, were killed on Wednesday during a meeting with security forces in the Budgam district of Jammu and Kashmir, police said. .

“All three who #neutralized LeT #terrorists. Bodies are being collected from the site, identification has yet to be established. #Incriminating materials, weapons and ammunition have been recovered. A great success for us”, Additional Director General of Police (Kashmir Zone) ) Vijay Kumar tweeted.

Kumar later said the terrorists killed were Lateef Earlier, who was involved in the murder of Kashmiri Pandit employee Rahul Bhat and TV actor Amreen Bhat in May this year.

Rahul Bhat was shot dead by terrorists in his office in Chadoora, while Amreen Bhat was killed by the ultras outside her home in Hushru area of ​​Budgam district.

Earlier, police had said three LeT terrorists were detained at the meeting point.

Security forces launched a cordon and search operation at Waterhail in the Khansahib area of ​​the district following information about the presence of terrorists there, a police spokesman said, adding that the search turned into a meeting after the terrorists fired on the security forces who retaliated.

Kumar previously said three Lashkar men, including the most wanted Lateef Earlier, were trapped in the encounter.