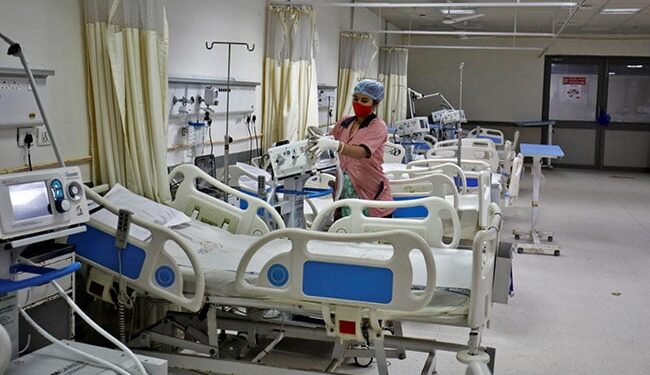 The students were rushed to a nearby private hospital. (representative)

At least 30 students became ill after eating food served here at their hostel, with one of them claiming she noticed a lizard in the curry, while officials said a probe had been ordered.

The incident, which took place in the confines of the Jawahar Nagar Police Station, came to light when about 30 students complained of vomiting and dizziness after eating the food on Thursday night. One of the girls claimed she noticed a lizard in the curry, which was then removed from the kitchen.

The students were rushed to a nearby private hospital where one girl was admitted while the others received first-line treatment.

The incident occurred around 8pm and Chief Medical Health Officer (CMHO) Jagdish Soni was immediately notified. However, he saw the WhatsApp message at 10:30 PM.

By then, the food had been thrown away without any samples taken for examination and the other students had been given freshly cooked food, Soni told PTI.

A medical team visited the hostel on Friday and screened the 30 girls. Two of the girls who had vomited were purged, while the student released from the hospital was advised to be admitted for observation, Soni added.

He added that the food safety team collected samples of raw food and water from the hostel on Friday and a probe is underway.

Circle Inspector at Jawahar Nagar Police Station, Vasudev, confirmed that the food the girls had eaten had been thrown away and no sample had been collected.

Kota City Extra District Magistrate Brij Mohan Bairwa expressed his ignorance of the news that the contaminated food was thrown out before sampling.

Bairwa, who is the nodal officer of the district-level monitoring commission for coaching institutes and hostels, added that he had instructed the CMHO to investigate the matter and submit a report within two days.