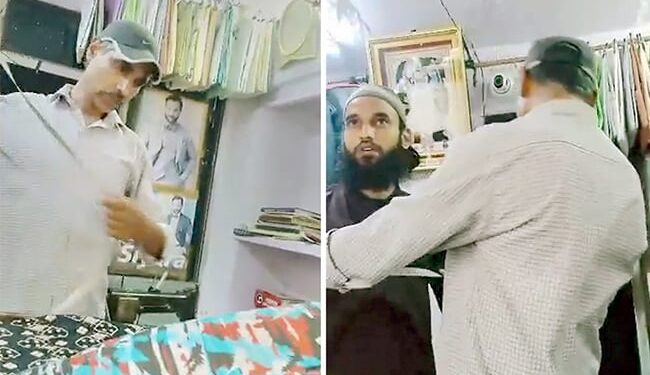 Moshin was arrested in Udaipur on Tuesday and then handed over to the NIA terror investigation agency.

The fifth suspect in the murder of tailor Kahaiya Lal in Udaipur was arrested on Tuesday.

The suspect has been identified as 30-year-old Mohammad Moshin.

Moshin was arrested in Udaipur on Tuesday and then handed over to the National Investigation Agency (NIA) terror investigation agency. Mohsin was picked up from Udaipur on Monday after the killers allegedly used his name during interrogation.

Mohsin is said to have helped the two main suspects in the murder – Riyaz Attari and Mohammad Ghouse.

The 30-year-old had helped to investigate or discover tailor Kanhiya Lal’s movements.

Kanhaiya Lal had reported to the police on June 15 that he was being threatened. The tailor’s murder was planned and carried out by Ghouse and Riyaz on June 28.

The killers had a backup plan in place with Moshin and an Asif standing by if Ghouse and Riyaz failed in their attempt. The former two helped the latter escape after the murder.

Police sources say Moshin was part of the conspiracy, but his exact role in the murder has yet to be determined.

The four other suspects were brought before an NIA court on Saturday and were remanded in custody.

The fact that the killers Riyaz and Ghouse were not alone and that they had multiple ties in Udaipur is now emerging as the investigation progresses.

Police are also interrogating Nazim, the man who initially filed an FIR against Kanhaiya Lal.

It also appears that the killers were planning to attack at least one more target in Udaipur, a businessman whose home they also allegedly searched.

The businessman, a tire dealer, had asked for protection for him and his family.