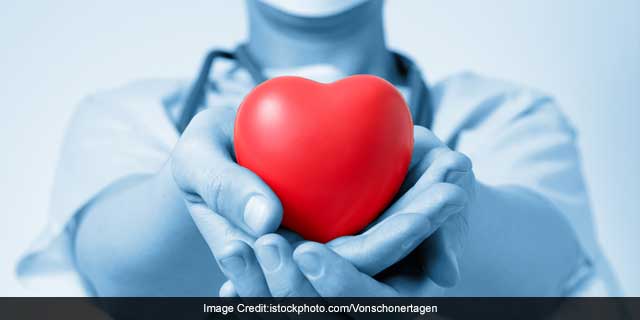 Parents of a 6-year-old child Roli Prajapati, who was shot dead by unidentified assailants in Noida, donated their daughter’s organs, saving as many as five lives, making her the youngest organ donor in the history of AIIMS, New Delhi , became.

Roli was shot in the head, after which she was rushed to hospital. She soon fell into a coma due to the severity of the injury and was subsequently referred to the All India Institute of Medical Sciences, Delhi. After desperate failed attempts to save the little girl, the doctors declared her brain dead.

Senior AIIMS neurosurgeon Dr. Deepak Gupta told ANI: “Roli, a girl of six and a half years old, arrived at the hospital on April 27. She had a gunshot wound and a bullet was lodged in her brain. The brain was completely damaged. She almost died in the hospital. So we talked to the relatives.”

“We determined she was brain dead. Then our team of doctors sat with the parents and talked about organ donation. We advised the parents and asked their consent if they were willing to donate organs to save the lives of other children,” said the neurosurgeon.

AIIMS doctor praised Roli’s parents for donating the organs and saving five lives. The organs for donation are her liver, kidneys, both corneas and heart valve.

With this organ donation, Roli becomes the youngest donor in the history of AIIMS Delhi.

“We were very grateful to the parents for taking this step, despite the fact that they didn’t know much about organ donation. They understood how important it is to save lives,” added Dr Gupta.

The neurosurgeon at AIIMS revealed, “We started here with an open donation facility way back in 1994. As far as I know, we haven’t even had such a young donor in all of Delhi and NCR.”

Speaking of donating his daughter’s organs, Roli’s father Harnarayan Pratjapati told ANI: “Dr. Gupta and his team advised us on organ donation so that our child could save other lives. We thought about it and decided that they would other people’s lives would live and others reason to smile.”

Poonam Devi, Roli’s mother, said emotionally that her daughter left them but managed to save other people’s lives.