7 houseboats destroyed by massive fire at Lake Nigeen in Srinagar 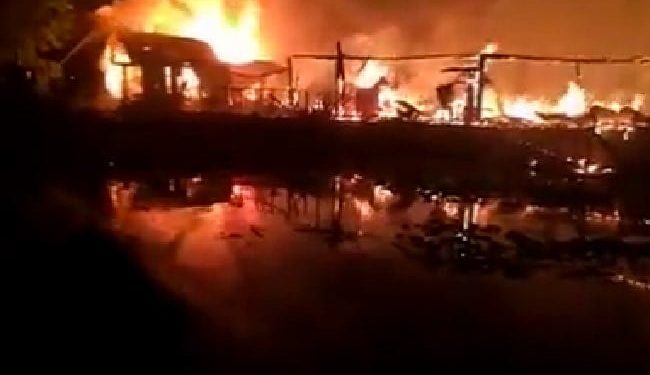 Fire trucks rushed to the site to get the massive blaze under control, but despite their best efforts, all seven houseboats were completely destroyed.

The fire broke out on the India Palace Houseboat, which was anchored behind the Nigeen Club, and quickly spread to neighboring boats on the lake. More than 30 tourists were in the houseboats when the fire broke out. No injuries have been reported so far.

“We risked our lives but evacuated and rescued all the tourists,” said a houseboat owner.

The first fire was caused by a tourist’s water pipe, officials said.

This is the second time this year that Jammu and Kashmir’s signature houseboats have been lost to a fire in Srinagar. In January, two houseboats were destroyed after being set on fire on Dal Lake.

Houseboats, often made of cedar wood, are known for their beautiful carvings and serve as a marker of an age-old tradition in Kashmir. With houseboats in Kashmir serving as a major draw for tourists, the loss is a huge cultural blow.