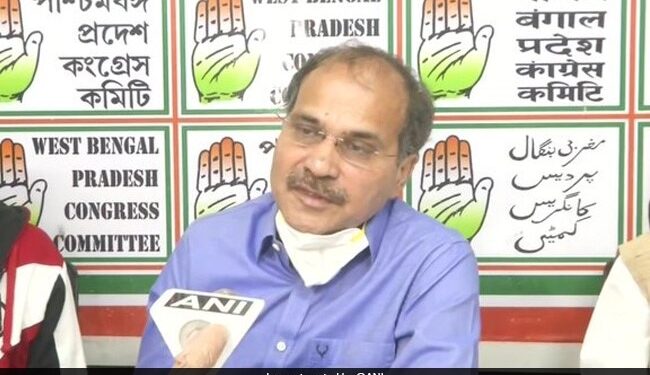 Congress today urged Lok Sabha chairman Om Birla, referring to the convention, to ensure that the party is given the presidency of at least one of the four main substantive parliamentary committees – Home Affairs, External Affairs, Defense and Finance .

He claimed the government is unprepared for a committee chair who does his job seriously and professionally, and a committee that acts as an independent voice expressing views that may not always be to the taste of the government of the time.

Congress could lose the chairmanship of two crucial parliamentary committees on home affairs and information technology in an imminent reorganization of the panels, sources said on Thursday.

Referring to his earlier letter about the government’s decision to “take the chairmanship of the IT committee for himself,” Adhir Ranjan Chowdhury said he is writing to demand honorable treatment before the Indian National Congress, the main opposition party. in the Lok Sabha, in accordance with established parliamentary conventions.

“While I am awaiting a reply to my letter, it has been made clear to me verbally that the decision regarding the IT committee will not be reversed. I would like to formally express my strong protest against this coercive action taken without the slightest justification, said Adhir Ranjan Chowdhury.

If the government is determined to keep the IT committee for the ruling party, the congress leader said, he would insist that Congress as the main opposition party has every right to request one of the main substantive committees – Home Affairs , External Affairs, Defense or Finance.

At least three of these four are traditionally chaired by the opposition, Adhir Ranjan Chowdhury argued.

“Indeed, in the previous (sixteenth) Lok Sabha, when the Indian National Congress had only 44 MPs in the Lok Sabha, we chaired committees covering three of the top four ministries – Home Affairs (Anand Sharma), Finance (M Veerappa Moily) and External Relations (Shashi Tharoor), while Defense was in the hands of the BJP. Now, with 53 MPs, we have none of these,” he noted.

“I respectfully request that while the government has the right to assign the IT committee to itself, the appropriate compensation should be for the Congress party to return external affairs to us, which will be ours in 2019 declined,” he claimed.

Adhir Ranjan Chowdhury argued that by convention, the main opposition party must have at least one of the top four committees.

“It is an appalling state of affairs when the government does not respect even the most basic conventions of parliamentary democracy by trampling on our concerns,” he said in his letter to Om Birla.

“We are all interested in the system of parliamentary committees working well and in the interest of all. The way we were unilaterally informed of such a decision is an act of disrespect on the part of the government for the main opposition party,” he said. said.

Adhir Ranjan Chowdhury had said in a September 21 letter to Om Birla that the chairmanship of the parliamentary panel on information technology (IT) would be removed from the party.

In the letter, Adhir Ranjan Chowdhury said he was “dismayed” to learn from Parliamentary Affairs Minister Pralhad Joshi that “a decision has been taken to revoke the assignment of the chair of the Parliamentary Standing Committee on IT”, who chaired by Congresswoman Shashi Tharoor.

Adhir Ranjan Chowdhury stated that this is a departure from existing conventions adhered to by successive governments and said: “The government must understand that both the principle of consultation and deliberation, as well as conventions that encourage dual cooperation within the functioning of critical bodies such as DSRCs , should be honored.”

According to sources, the leader of the opposition in the Rajya Sabha Mallikarjun Kharge has also written a letter to the leader of the House Piyush Goyal protesting the decision of the government to chair the Congress Parliamentary Committee on Home Affairs ” to dispel”.

The opposition party lost the chairmanship of the parliamentary panels on external affairs and finance after the 2019 general election.

There are 24 standing parliamentary committees, 16 of which are headed by Lok Sabha members and eight by Rajya Sabha members.

The panels are reassembled every year.