“After raids, Amit Shah told me to torture, not…”: Sanjay Raut. from Sena 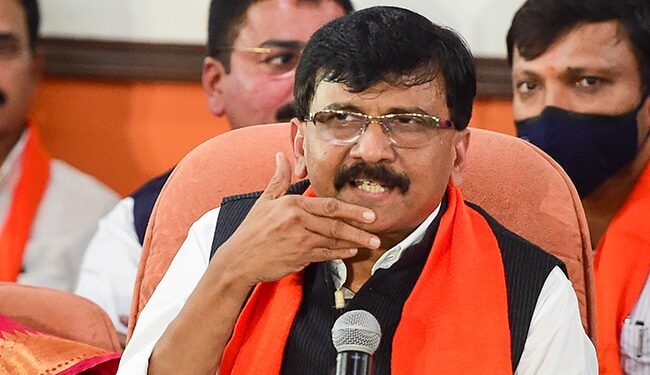 Sanjay Raut held a media briefing at the Shiv Sena Bhawan in Mumbai.

Shiv Sena MP Sanjay Raut on Tuesday accused the ruling BJP at the center of using investigative agencies to try to overthrow the government of Maharashtra and target its leaders and their families, including Prime Minister Uddhav Thackeray.

With a large crowd of Shiv Sena workers glued to giant screens specially set up for an hour-long media briefing at the Shiv Sena headquarters in Mumbai’s Dadar, Mr Raut claimed to have met Home Affairs Minister Amit Shah of the Union had called after raiding people associated with him.

“The day I was targeted and raided by those close to me, that evening I called Amit Shah. I told him I respect you… you are a great leader and interior minister of the country, but come what may, it’s not good. If you have any animosity towards me, target me, torture me, why do they (central agencies) target my friends and relatives,” he said.

He alleged that the Enforcement Directorate, or ED, which investigates financial crimes, questioned people involved in his daughter’s marriage — including the florist, decorator, beautician and even his tailor.

However, Mr Raut claimed that neither he nor any member of Maharashtra’s Maha Vikas Aghadi (MVA) alliance of the Shiv Sena, Sharad Pawar’s Nationalist Congress Party (NCP) and Congress will yield to such tactics.

The Sena MP claimed last month that he was approached by “some BJP leaders” who asked him to switch sides and warned that he would pay a price for not doing so.

“About twenty days ago, some high-ranking people of the BJP met me and asked me to change allegiances. We want to overthrow this government anyway. Either we will be imposed the President’s Rule or we will break a group of MLAs and the form a government.” Mr Raut claimed, adding that he refused to do so.

He also claimed he was told that central agencies will “fix” him if he doesn’t give in.

Mr Raut alleged that the BJP leaders were referring to the raids involving people close to Sharad Pawar’s relatives.

Soon after, the Enforcement Directorate began targeting people close to him in a “very bad way”, Mr Raut added.

“Central agencies are being used to overthrow the Uddhav Thackeray-led government, but if you think we will give in, it’s not possible. We learned this from the late Balasaheb Thackeray,” he claimed.

These agencies target relatives of the MVA leaders to defame them, Mr Raut claimed.

Mr Raut also set aside part of his briefing – and a few unprintable expletives – to target BJP leader and former MP Kirit Somaiya, who has attacked the MVA government, most notably the Shiv Sena and the NCP. leaders.

Mr Somaiya had also filed Benami property charges against the Thackerays. One was about Benami’s property in Alibaug.

Mr Raut challenged Mr Somaiya to prove the allegations and said a trip could be arranged to the Benami properties in Alibaug to verify the facts.

By attacking Mr Somaiya in abusive language, Mr Raut alleged that Neil Somaiya, the son of Kirit Somaiya, had ties to Rakesh Wadhwan, an accused of the PMC bank fraud.

Mr Raut said he will submit all paperwork in this regard to Prime Minister Thackeray for appropriate action.

Mr Raut also demanded the arrest of Somaiya’s father-son in the PMC case.

Commenting on the charges, Kirit Somaiya said: “In 2017, Raut and Saamana (Marathi daily newspaper and Sena mouthpiece) had tried to defame his wife Medha Somaiya in a similar way by naming a construction company. Now he has named my son Neil Somaiya The MVA heads of government have filed 10 cases against me so far and three more are on the way,” he said.