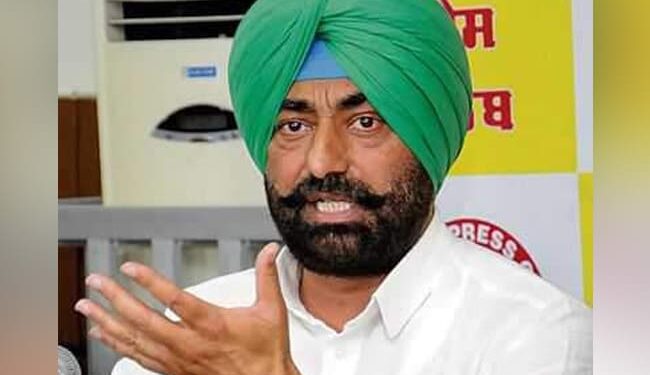 Sukhpal Khaira has written a letter to the prime minister demanding an early solution to farmers’ long-running problems.

The All India Kisan Congress will stage a day-long protest at Jantar Mantar in the national capital on Dec. 9 over demand for farmers’ long-running issues, including making minimum support price (MSP) legal right, during the winter session of parliament. .

The chairman of the All India Kisan Congress and the MLA Sukhpal Singh Khaira, who made an announcement about this, said he had written a letter to Prime Minister Narendra Modi asking for an early resolution of the farmers’ long-standing problems.

Mr Khaira said the central government has not taken any concrete steps towards fulfilling the promises made in the repeal of three anti-farmer laws.

“Farmers have demanded a legal guarantee of MSP for all crops and that MSP should be guaranteed using the C2+50 percent formula, based on the recommendation of the Swaminathan Commission report. The entire Kisan Indian Congress demanded that the committee set up by the Center for this purpose should be rejected and a new committee should be set up with the necessary representation of farmers and farmers’ organizations,” said Mr. Khaira.

He further demanded that the interest rate on farmer loans be reduced by at least 50 percent and that farmworker loans be written off in full.

Moreover, he also demanded that the Electricity Amendment Act 2022 be repealed and said that the central government had given assurances in a letter to the Samyukta Kisan Morcha on 9 December 2021 that the law would not be tabled in parliament until after consultation with the Morcha, but has now tabled the same bill in parliament without any discussion.

“The entire Kisan Indian Congress reiterated the demand for resignation of State Home Minister Ajay Mishra Teni, the main conspirator behind the murder of four farmers and a journalist in Lakhimpur Kheri, release of innocent farmers imprisoned in the case, retraction of bogus cases registered against farmers in several states during the farmer agitation and providing compensation to families of the tortured farmers,” he added.

The winter session of parliament starts on Wednesday and lasts until December 29.