Amid Center vs. AAP on Delhi Minister’s Arrest, A Look at Other Cases 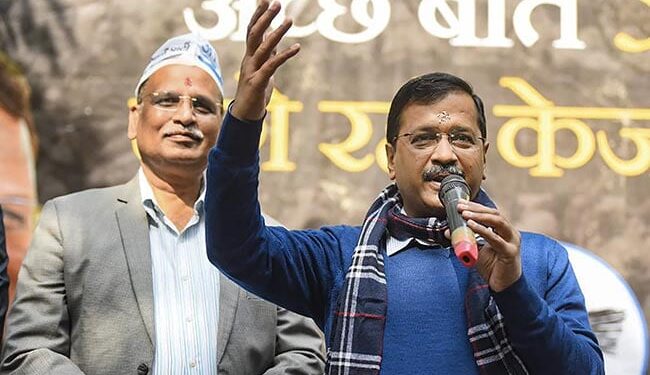 The most recent flashpoint between the Aam Aadmi Party (AAP) government in Delhi and the center concerns the arrest of Delhi minister Satyendar Jain by the Enforcement Directorate in an alleged money laundering case. Delhi Chief Minister Arvind Kejriwal and his colleagues have alleged that the Union government is using central agencies to harass them.

Manish Sisodia, deputy to Kejriwal, claimed that Jain had been arrested in anticipation of the Himachal Pradesh elections, due later this year, as the AAP leader was in charge of the hill state.

This is not the first time the center and an opposition party have exchanged allegations and denials about Prime Minister Narendra Modi’s government using central agencies to pin rivals.

Below are two lists of cases from the Enforcement Directorate and the Central Bureau of Investigation (CBI) against opposition leaders: 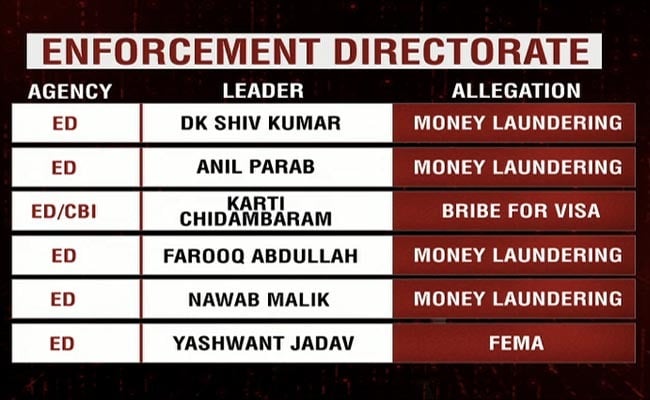 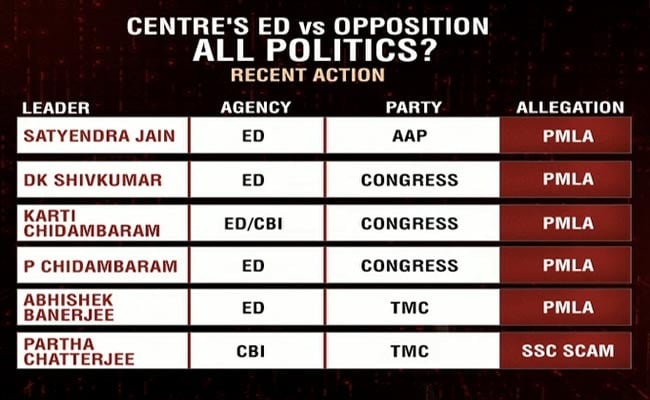 The BJP today demanded the resignation of Mr Kejriwal over the arrest of his minister. BJP spokesman Gaurav Bhatia rejected the AAP’s claim of “political vendetta” and that Mr Jain’s arrest was related to the upcoming elections in Himachal Pradesh.

“The money laundering allegations against Jain are serious,” Mr Bhatia said, adding that Mr Jain has not received relief from any court. “The lack of action against him (Mr. Jain) by Arvind Kejriwal shows that he is not only condoning corruption but also involved in it,” the BJP spokesman said.