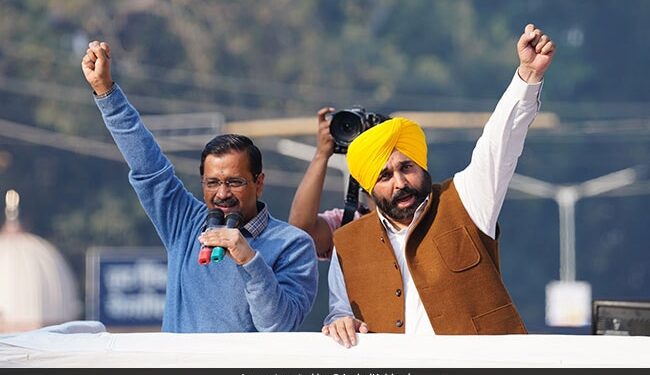 The elected Prime Minister of Punjab Bhagwant Mann and Aam Aadmi Party Leader Arvind Kejriwal will hold a roadshow in Amritsar today to celebrate the party’s landslide victory in the Punjab Assembly polls.

“We will use the blessings of Guru Sahib to fulfill the promises we have made to the people of Punjab. Our national convenor Arvind Kejriwal is coming to Amritsar today (for a roadshow) to thank the people of the state,” the said. Mr Mann to reporters in Sangrur.

Mann, who won the Dhuri seat by more than 58,000 votes, was elected AAP party leader Friday at a meeting of the party’s MLAs in Mohali. He met Governor Banwarilal Purohit at Raj Bhavan in Chandigarh on Saturday to lay claim to forming the government.

Bhagwant Mann will be sworn in on March 16 in Khatkar Kalan, the home village of freedom fighter Bhagat Singh.

The Aam Aadmi party took a huge win in the Punjab polls with 92 seats. Congress won 18 seats in the 117-member Assembly, while BJP won two and Shiromani Akali Dali three.

Mr Mann said the new government in Punjab will strive to bring governance to the doorstep of the people so that they do not have to rush to the state capital for solutions.