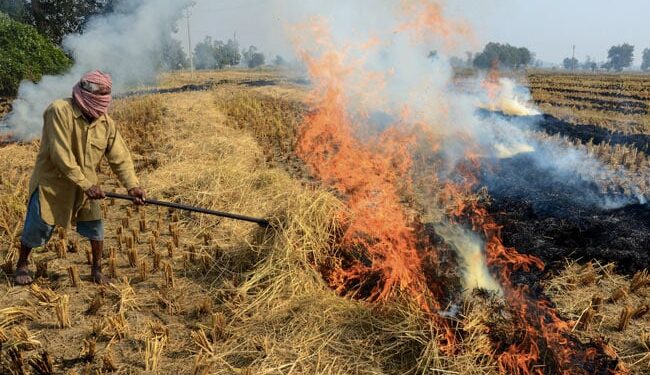 As stubble burning season approaches and concerns arise about yet another smog-filled toxic winter season, the government of Punjab’s Aam Aadmi Party sent a proposal to the Air Quality Commission suggesting ways to reduce the air pollution caused in Delhi by stubble burning in and around the national capital to reduce . Delhi Chief Minister and AAP chief Arvind Kejriwal himself provided the information while answering questions during the inauguration of seven new electric charging stations in Delhi.

The proposal proposes that farmers should receive financial incentives of Rs 2,500 per hectare for not burning stubble. The governments of Punjab and Delhi would have to contribute Rs 500 each, and the center should contribute the remaining Rs 1,500, it said.

“This means we will give Rs 2,500 per hectare after which farmers can use any technology they want but not burn stubble,” Mr Kejriwal said.

The AAP chief said that when the Air Quality Commission makes a decision on this, the Delhi government will always do whatever it takes to reduce pollution.

The Aam Aadmi party had said on Saturday that the government of Punjab has sought a special financial package from the Center to rescue farmers from the debt trap, promote crop diversification and also curb stubble burning.

The Center had told the Supreme Court in November last year that stubble burning is not the main cause of air quality deterioration in Delhi and the northern states, as it accounts for only 10 percent of pollution.

To curb pollution, the central government proposed three steps to the Supreme Court, including the introduction of an odd-even vehicle scheme, a ban on trucks entering Delhi and the strictest – lockdown.