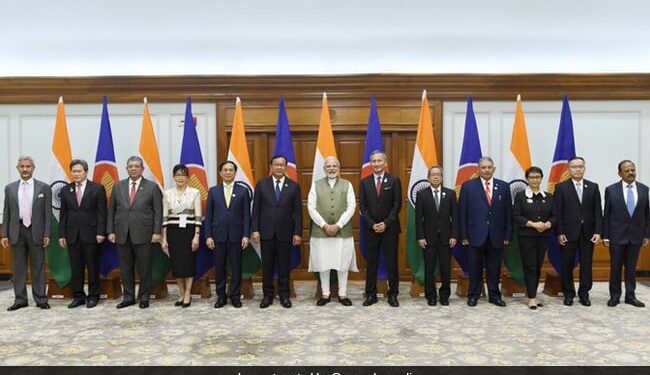 ASEAN foreign ministers are in New Delhi to attend a two-day conclave organized by India to mark the 30th anniversary of its relations with the group of ten countries.

“Had good interaction with foreign ministers and representatives from @ASEAN countries as we celebrate 30 years of close cooperation between India and ASEAN,” Prime Minister Modi tweeted.

Had a good interaction with the foreign ministers and representatives of @ASEAN countries as we celebrate 30 years of close cooperation between India and ASEAN. pic.twitter.com/QCItpvjXEh

The Association of Southeast Asian Nations (ASEAN) is considered one of the most influential groups in the region, and India and several other countries, including the US, China, Japan and Australia, are its dialogue partners.

“A milestone in the friendship between India and ASEAN! India is hosting the Special ASEAN-India Foreign Ministers’ Meeting (SAIFMM) to mark 30 years of our dialogue relations and 10 years of our strategic partnership. SAIFMM participants shouted PM @ this morning narendramodi on,” tweeted State Department spokesman Arindam Bagchi.

In 2012, the links were elevated to a strategic partnership.

In his opening address at the meeting, Mr Jaishankar said that India fully supports a strong, united and prosperous ASEAN with a central role in the Indo-Pacific and that both sides must now identify a new set of priorities.

The foreign minister also spoke of the “geopolitical headwinds” caused by the crisis in Ukraine and its implications for food, energy security, fertilizer and commodity prices, as well as logistics and supply chains.