Assuming he is in “coma”, the family keeps the man’s corpse at home for 18 months 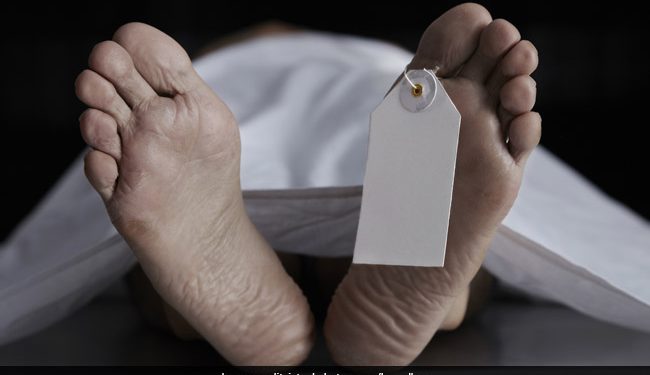 Police said the body was found in a very rotten state. (representative)

In a bizarre incident, the family of an Income Tax employee who died last year kept his body at home for nearly 18 months assuming he was in a coma, officials said Friday.

The man’s wife, who appears to be mentally unstable, sprinkled “gangajal” on his severely decomposed body every morning, hoping it would help him come out of the coma, they said.

In a statement, Kanpur police said Dixit’s death certificate, issued by a private hospital, stated that he died on April 22, 2021, due to a sudden cardiac-respiratory syndrome.

Vimlesh Dixit, who worked in the Income Tax Department, died in April last year, but his family was hesitant to perform his final rituals because they believed he was in a coma, said Chief Medical Officer (CMO) Dr. Alok Ranjan.

“I was informed by the Kanpur income tax officials who requested that the matter be investigated as the family pension files had not moved an inch,” he said.

When a team of health officials along with police officers and the magistrate reached Dixit’s home in the Rawatpur area on Friday, his relatives insisted he was alive and in a coma, Ranjan said.

After much persuasion, the family members allowed the health team to take the body to Lala Lajpat Rai (LLR) hospital, where medical tests declared him dead, he said.

The CMO said a three-person team has been assembled to thoroughly investigate the matter and asked for its findings to be submitted at the earliest.

Police said the body was found in a very rotten state.

Dixit’s family had also told their neighbors that he was in a coma. His wife appears to be mentally unstable, an official said on condition of anonymity.