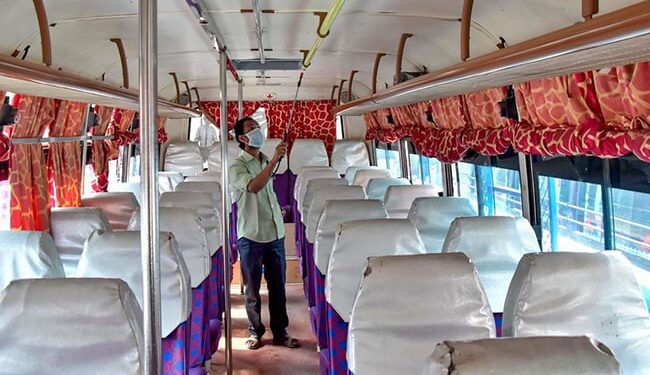 Assam on Monday registered the sharpest one-day spike ever since the start of the pandemic with 6,982 new coronavirus infections.

According to reports from the Assam government, the daily positivity rate (the percentage of people who tested positive) rose from 7.87 percent on Thursday, a day before the Bihu festival, to 10.75 percent on Monday night, while it was only 0 on Jan. .77 percent. Eleven deaths were recorded during this period, the strongest increase in the daily number of deaths in six months.

The number of cases has increased by 158 percent in one day.

Guwahati also saw a new daily high with 1,491 infections. The rise in cases comes after the national celebrations for the harvest festival of Bihu.

In the past two weeks, Assam has seen more than 25,000 new cases. Kamrup, Dirubagh, Cacjar, Jorhat and Tinuskia are the six states that have experienced a major surge in the past 10 days.

India has registered more than 1 lakh cases since January 7 in an unprecedented spike, powered by the Omicron variant. This morning, the Ministry of Health said that 2.58 lakh new infections have been registered.

The peak in the major cities is most noticeable. Maharashtra, Karnataka and Tamil Nadu, among others, report the largest increase.

Across the country, many states, including Assam, have been forced to impose new curbs.

“All doubts we had about Omicron are now dispelled. The infection rate is significantly higher compared to the previously reported variants. As we fight against this new variant, we need to prepare for the strains in the future as well.”

“We must remain vigilant, but we must also be aware that there is no need to panic. We must be careful during these holidays,” Prime Minister Modi said.