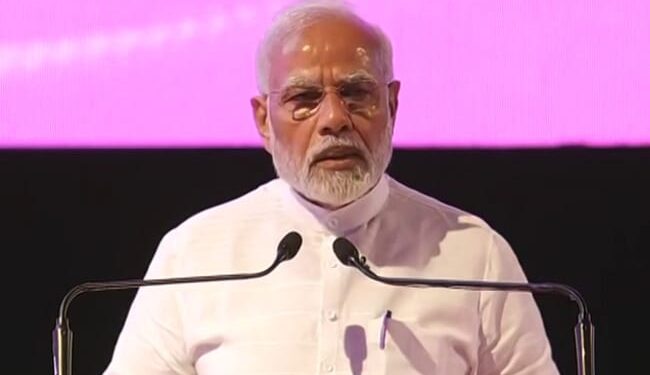 Sahay tried to compare Prime Minister Modi to Hitler on Monday, saying that “he will die like Hitler” if he adopts the German dictator’s tactics.

Mr Sahay said the BJP had “overthrown” two to three Congress-ruled state governments and claimed the prime minister was behaving “like a dictator”.

“I think he has surpassed Hitler’s history. Modi will die Hitler’s death if he follows his path,” said Mr Sahay, a former union minister.

However, the Congress distanced itself from Mr Sahay’s comments during the party’s ‘satyagraha’ protest against ED’s questioning of Rahul Gandhi and Agnipath’s plan in Delhi, stating: “We do not agree with any indecent remarks to the Prime Minister”.

The Union minister said Sahay had to apologize to the nation because 130 crore people of the country gave Prime Minister Modi a full majority to form a government.

He went on to say that voters will punish Congress as they did in Gujarat and elsewhere in the country if Congress continued to make such remarks against the prime minister, but strict measures would have to be taken against such a leader.

“The congress leader’s comments about the respected Prime Minister Modi ji show his pettiness, the anger and irritability that stem from the slipping base from state to state,” the union minister said in a tweet.

Congress general secretary Jairam Ramesh distanced the party from Mr Sahay’s comments, even when he accused the Modi government of following the “dictatorial ideology”.

“The Congress Party will continue to fight against the dictatorial ideology and anti-people policies of the Modi government. But we do not agree with any indecent remarks against the Prime Minister. Our struggle will continue according to Gandhian principles,” said Jairam Ramesh . in a tweet.

“Ask Narendra Modi, he too must have taken this slogan. It’s a slogan – jo Hitler ki chaal chalega, wo Hitler ki maut marega. Ask him which way he goes. We’ve also put this slogan up before,” he said.

He said he was not aware of Jairam Ramesh’s comments.

Congress has urged the administration to withdraw the Agnipath plan, engage in broad consultation and address issues of quality, efficiency and economy, without compromising the well-being of the armed forces.