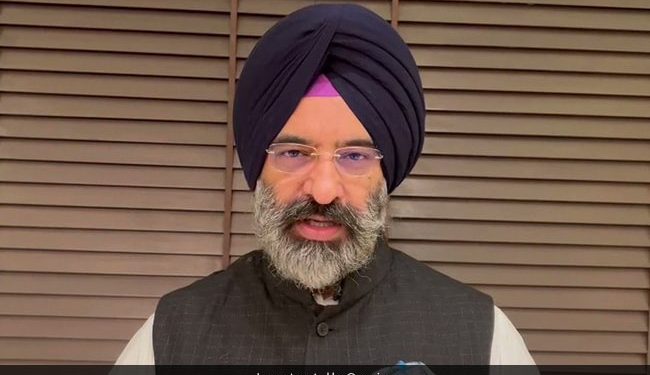 Mann, in his first meeting with Prime Minister Narendra Modi, after taking charge, sought the special package for reviving the state’s economy and ensuring its holistic development.

Sirsa claimed that Kejriwal always resorts to lies to solicit votes from people and he did the same in Punjab during last month’s elections.

“Kejriwal announced a large number of guarantees for the provision of free power, Rs 1,000 per month to women and others and when asked how they will manage their finances, he replied that they will save money through sand mining, excise policies and by curbing corruption. stop,” Mr Sirsa said.

The BJP leader said Punjab is indebted to Rs 3 lakh crore. This fact was known to everyone, including Kejriwal, and yet he made the announcements about various freebies that would only push the state deeper into debt.

As prime minister, Mann has every right to make demands on the prime minister “but the demand to provide money to fulfill promises they have made to Punjabis is totally unjustified”.

“This trend of making announcements and then approaching the central government for money could prove disastrous for a nation as more and more leaders like Kejriwal will do the same.

“Now, when Himachal Pradesh has elections in a few months, Kejriwal will go to Hill State where he will repeat the same (promises) as he did in Punjab,” he said.

During his meeting with the Prime Minister, Mann informed him about the poor fiscal health of the state and said that the previous governments have left a huge burden of Rs 3 lakh crore.

An official statement from the Punjab government said Mann immediately sought a financial package of Rs 50,000 crore each for two years to get the derailed economy back on track.

He hoped that with this financial aid, the state economy would become self-sufficient and economically viable in the third year.