“BJP like a snake, I am the mongoose that wipes them out”: Swami Prasad Maurya 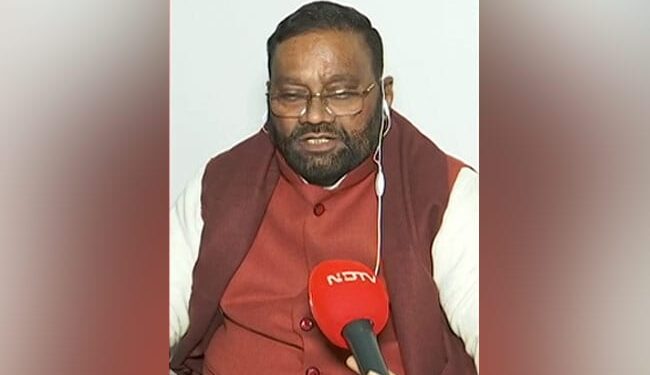 Swami Prasad Maurya, who has resigned from the government of Uttar Pradesh Chief Minister Yogi Adityanath and is leading the flight of backward BJP caste leaders, has drawn a parallel between snake and mongoose for his political actions.

The former UP minister who was the BJP’s top OBC (Other Backward Class) face went wild in a tweet he posted next to two more exits from the BJP.

Yesterday, in an interview with DailyExpertNews, Mr Maurya had stated that “the end game has begun for the BJP” and that he would be the one to bring the party down.

He had criticized the BJP with the metaphor of a python swallowing the rights of Dalits, the unemployed, farmers and others.

Mr Maurya stepped down as a minister in the BJP government on Tuesday but has not formally left the BJP. He has also not confirmed any reports of his move to Akhilesh Yadav’s Samajwadi party.

Since then, seven more leaders, including two ministers, have resigned.

Maurya said he had complained to the BJP leadership about Yogi Adityanath’s leadership and raised the state government’s neglect of Dalits, backward castes, farmers and the unemployed, but the party did not respond.

Last year, Mr Maurya and a few other MLAs had even met with top leaders, but after a central BJP team conducted an internal review, little changed.