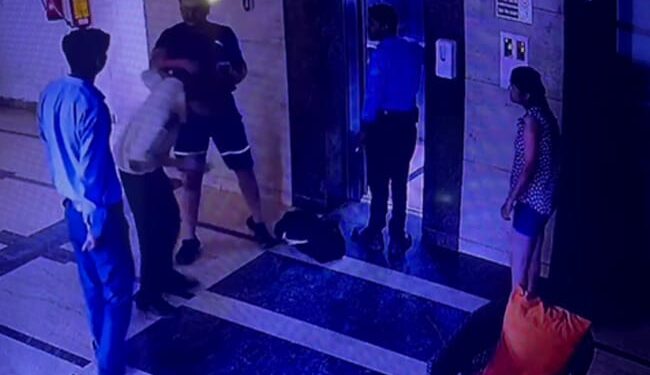 A man in Gurgaon was repeatedly punched at his apartment security guard on Monday and another person just after being rescued from an elevator, security footage showed.

The incident was reported by The Close N Society in Gurgaon’s Sector 50.

Soon after, the apartment guards gathered and raised the slogans “Down with Varun Nath”.

The man has been reported to the police.

The incident comes days after a Noida woman was arrested for assaulting and abusing a security guard over delay in opening the gate.