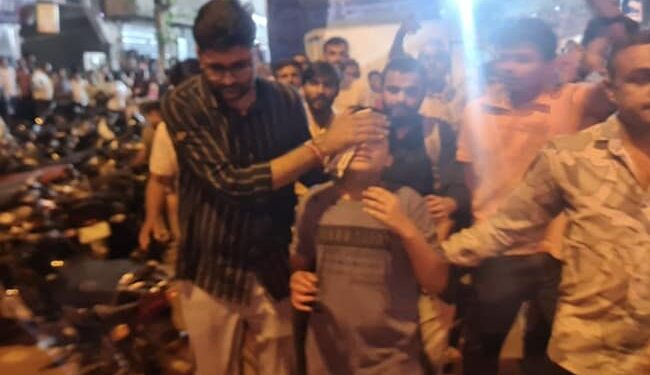 The head of the Gujarat unit of the Aam Aadmi Party (AAP) today blamed the ruling BJP for an alleged stone-throwing incident at an AAP election rally in Surat.

Gopal Italia, the AAP delegate in Gujarat, claimed that a child was injured when stones were thrown at an AAP rally in Katargam constituency.

He said that if the BJP had done at least some work during its 27-year reign in the state, they would not have had to throw stones at an AAP rally.

In a clear reference to the AAP’s election symbol, the tweet went on to say, “The public will answer the BJP’s stone shelling with a broom.”

How to earn your money pic.twitter.com/2hCCA0TKYV

In recent months, BJP and AAP have battled for a lion’s share of the vote in a state that has had a BJP government for nearly three decades.

Elections are scheduled for December 1 and 5 in Gujarat. The votes will be counted on December 8.