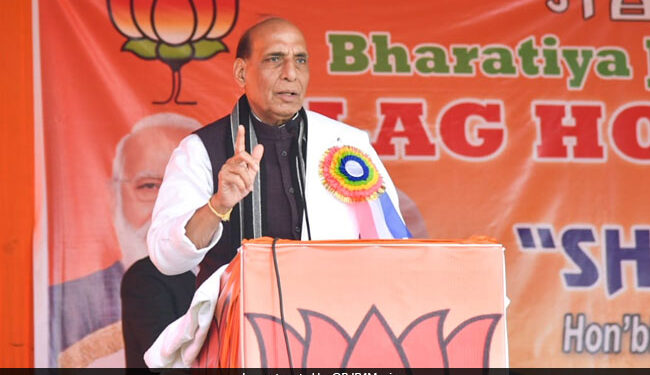 Defense Minister Rajnath Singh has drawn attention to a media interview with Amit Shah in which the Home Secretary explained how activist Teesta Setalvad’s non-profit organization “gave unsubstantiated information” to the court and investigators about the 2002 Gujarat riots. .

Ms Setalvad was taken into custody today by the Anti-Terrorism Squad (ATS) of Mumbai’s Gujarat Police, a day after the Supreme Court lashed out at those who “keep the pot boiling” over the 2002 Gujarat riots.

“I have read the verdict very carefully. The verdict clearly mentions Teesta Setalvad’s name. The NGO led by her – I do not remember the name of the NGO – had given unfounded information about the riots to the police,” said Shah against news agency ANI.

About an hour after the activist was detained by the Gujarat ATS today, Mr Singh tweeted to draw attention to the Home Secretary’s interview.

Interior Minister Shri Amit Shah provides a comprehensive and clear picture of various aspects related to the 2002 Gujarat riots. He has also successfully exposed the nefarious campaign launched against Shri Narendra Modi during his tenure as Gujarat Chief Minister. Must watch,” the Defense Minister tweeted.

HM Shri @AmitShah in his interview he gives a comprehensive and clear picture of various aspects of the riots in Gujarat in 2002.

He also successfully exposed the nefarious campaign against Shri . was unleashed @narendramodi during his tenure as Gujarat CM. Must look. https://t.co/vKG0TseZ8p

A complaint filed against her this morning by Gujarat police cited the strongly worded Supreme Court ruling, which included allusions to Ms Setalvad’s NGO, which has worked extensively with victims of the riot.

Ms Setalvad was a co-petitioner in the case that was dismissed by the Supreme Court on Friday and challenged Prime Minister Modi’s exoneration. Zakia Jafri, wife of Congressman Ehsan Jafri, who was killed in the riots, was the main petitioner.

The Supreme Court upheld Prime Minister Modi, the then chief minister of the Gujarat, by a court-appointed special investigation team or SIT, saying the case was “meritless” and filed “of course for ulterior motives”.

“All those involved in such abuse of process should be in the dock and act in accordance with the law,” the judges said, assuming Ms Jafri’s appeal was made on “someone’s dictation,” the Supreme Court said. .