“Confident that Draupadi Murmu will be a great president,” says Prime Minister Modi 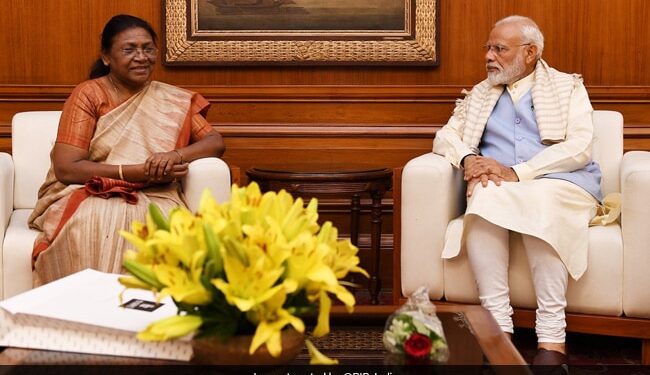 Shortly after Draupadi Murmu was named as the BJP-led NDA’s presidential candidate, Prime Minister Narendra Modi said on Tuesday that the former governor of Jharkhand has devoted her life to serving society and expressed her confidence that she will be a “great president”. .

The BJP’s parliamentary council on Tuesday named Ms Murmu, a tribal leader of the party from Odisha, as the ruling NDA candidate for the presidential election.

“Droupadi Murmu Ji has devoted her life to serving society and empowering the poor, both the oppressed and the marginalized,” Prime Minister Narendra Modi said on Twitter.

She has rich managerial experience and had an excellent gubernatorial tenure, he said.

“I am confident she will be a great president of our nation,” Prime Minister Modi said.

smt. Droupadi Murmu Ji has devoted her life to serving society and empowering the poor, oppressed and marginalized. She has rich administrative experience and had an excellent gubernatorial tenure. I am confident that she will be a great president of our nation.

Millions of people, especially those who have experienced poverty and hardship, draw great strength from the life of Droupadi Murmu, the prime minister said.