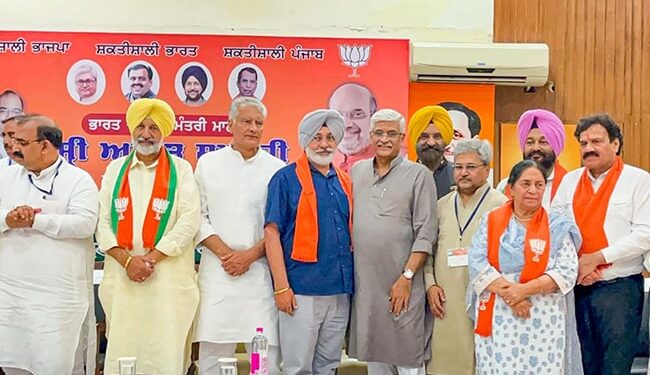 Balbir Singh Sidhu and Sundar Sham Arora were among 7 congressional leaders who joined the BJP.

After joining the Bharatiya Janata Party (BJP), Balbir Singh Sidhu said on Saturday that Congress does not recognize his workers, while Prime Minister Narendra Modi and Interior Minister Amit Shah give credit to their workers.

Balbir Singh Sidhu said, “I have been in Congress since I was 30-32 years old. Now I am 60 years old, have worked with all my blood and sweat for the party, but Congress does not recognize the workers. The way Modi Ji and Amit Shah Ji work, they give credit to their workers.”

Earlier in the day, seven congressional leaders, including four former ministers, joined the BJP at the party office in Chandigarh.

In recent months, the country has witnessed the accession of a number of leaders from various opposition parties to the BJP.