Ahead of the first phase of parliamentary elections in Manipur, the main opposition party, Congress, has heavily criticized Prime Minister N Biren Singh for his controversial statement that he will allow stores of Indian Made Foreign Liquor (IMFL) in the state if the BJP returns to power. power comes. Manipur is a dry state.

“I am deeply shocked and outraged at the timing, manner and nature of the Chief Minister’s announcement, which will seriously threaten society in Manipur. It is extremely disastrous when the state is faced with a major problem of drug threat. state government is still unable to control the free flow of drugs from neighboring Myanmar,” said Jairam Ramesh, Congress observer for Manipur.

Speaking at a BJP political rally on Thursday in Imphal East, N Biren Singh had said the state government would introduce IMFL stores if the BJP returned to power.

Mr Ramesh added that it is unfortunate that the Chief Minister is focusing on legalizing liquor stores instead of focusing on urgent matters that need to be addressed in the state such as boosting Covid vaccination and solving the unemployment.

“The BJP is in the departure hall to take off permanently from Manipur. Their departure from Manipur on March 10 is inevitable,” Ramesh said.

Manipur will vote in two stages on February 28 and March 5 and the votes will be counted on March 10, along with Uttar Pradesh, Punjab, Goa and Uttarakhand. 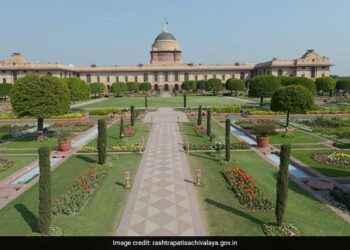