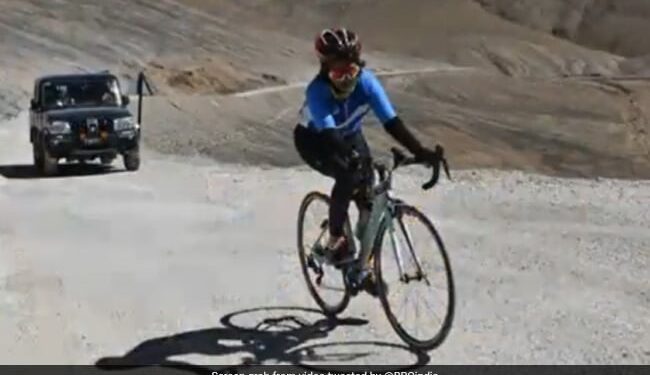 Cyclist Preeti Maske said age is not a barrier to discovering one’s passion.

Pune’s Preeti Maske, a mother of two, has set a world record for ultra cycling by becoming the first woman to cycle solo from Leh to Manali in 55 hours 13 minutes.

She holds the record for fastest female cyclist on the Golden Quadrangle with a distance of 6,000 kilometers, they said.

Preeti expressed her happiness at her achievement, saying that age is not a barrier to exploring one’s passion.

Preeti said: “To overcome illness, I started cycling at the age of 40. If I can overcome my fears, any woman can.” Preeti started the ride on June 22.

55 hours and 13 minutes, is all she needed to cycle from Leh to Manali, about 430 km. The high-altitude ultra-cycling effort with reduced oxygen availability speaks volumes about her tenacity and determination. pic.twitter.com/tGDjzKcAhm

She was flagged off from Leh by the Border Roads Organization (BRO) at 6am by Brigadier Gaurav Karki, BRO chief engineer in Leh, officials said.

In Manali, she finished the ride on June 24 at 13:13 in the presence of Colonel Shabarish Vachali, Commander, BRO.

Experts said the route was very strenuous with an altitude difference of 8,000 meters. Guinness World Record had given her a 60-hour window to complete this challenge, they said.

“Twice I had to take oxygen along the way because of shortness of breath at high strides,” she said.

Anand Kansal, her crew member, said: “Preeti had to cycle in harsh, varying climates on all the high altitude passes battling the sun, headwinds, snowfall and freezing temperatures.” Mr Kansal said this would not have been possible with the support of BRO who had deployed two support vehicles with a satellite phone and a medical assistant. 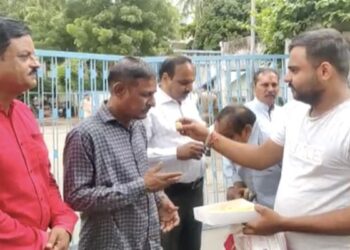