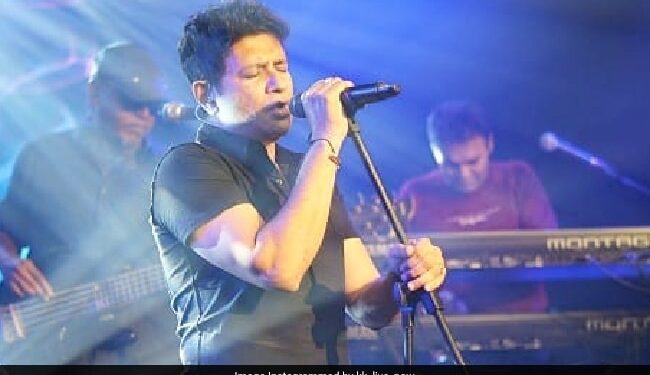 “There was no situation where people were running out of space or sweating,” he said.

Kolkata Police Commissioner Vineet Goyal said on Friday that there was no situation where attendees were short of space in Nazrul Manch here during singer KK’s performance on Wednesday. However, Mr Goyal said the police are taking some measures to prevent overcrowding and to provide emergency medical assistance if needed.

“There may be overcrowding to some degree, but there was no situation where people were running out of space or sweating or having problems with (other) people,” he said.

“At no point was he harassed, we had ample police presence on the scene,” he said.

Mr Goyal said a police arrangement had been made under an assistant commissioner well before the singer’s arrival.

He said that while controversy has arisen over how many people were at the location, police have a “clear video showing you how people are comfortably standing and dancing”. Mr Goyal said categorically that at no point in time was there a stampede-like situation and that when viewed from different angles from video footage of the program there was ample room for the audience to comfortably watch the performance.

He said at no time did the organizers, performers, musicians on stage or the audience tell police anything was wrong.

He said the exact number of attendees could not be determined as the number would have been different at different times.

He said there are about 2,500 seats in Nazrul Manch and most people were standing in front of their own seats.

“We are asking that from now on a medical ambulance be kept with a doctor and identified a hospital where people can be taken in case of an emergency,” he said.

Mr Goyal said care should be taken to ensure that tickets are not distributed beyond the capacity of a venue.

“We are in the process of putting in place a mechanism to ensure this process,” he said, adding that organizers would be asked to put up screens outside the base where the excessive crowd can watch the program.

Mr Goyal said an incident involving the use of a fire extinguisher has occurred outside the hall.

It is alleged that a fire extinguisher was used to disperse the crowd who tried to force their entrance to the venue to attend KK’s performance.

“There was a little fight between some people trying to get on stage and then I think someone used this fire extinguisher,” he said.

Mr Goyal said the police intervened and nothing serious happened. “They separated the people and the situation was brought under control almost immediately,” he said.

The police commissioner said the hall’s air conditioning was functioning according to information from authorities running the hall, and denied allegations by certain sections that it was not working properly.