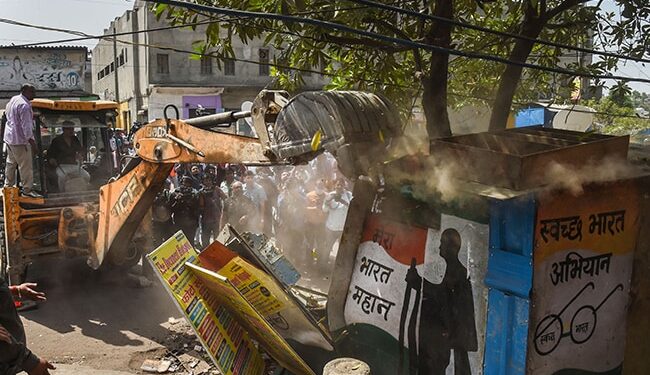 The Delhi government has requested a report from three BJP-led municipal companies on the demolitions carried out in the city since April 1. Aam Aadmi party.

Prime Minister Arvind Kejriwal rejected the anti-encroachment push, saying the demolition will be the “biggest destruction” in Independent India, accusing the BJP of “abuse” of power.

During a meeting with Aam Aadmi Party MLAs earlier this week, Mr Kejriwal told them they should be ready to go to jail for resisting the anti-afflation.

“They bulldoze colonies and destroy shops and houses. Even when people show their papers to prove that the construction is not illegal, they don’t check them,” he said.

The party opposes the way the anti-encroachment is being carried out, he said, adding that nearly 50 lakh people reside in unauthorized colonies, 10 lakh in ‘jhuggis’ and there are lakh people who have modified balconies or something have done that does not match the original cards.

“That means houses and shops of 63 lakh people will be bulldozed. This will be the biggest destruction in independent India,” he said.