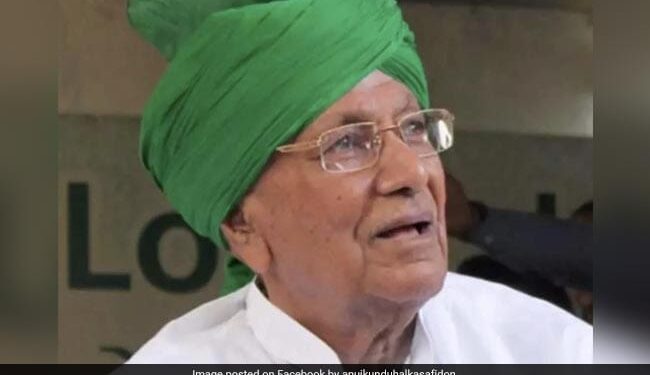 Om Prakash Chautala urged the court to impose a minimum sentence on him, citing his advanced age.

A Delhi court will rule on Friday on the amount of the sentence to be awarded to former Haryana Chief Minister Om Prakash Chautala in a disproportionate asset (DA) case.

Special Judge Vikas Dhull on Thursday heard arguments from counsel for the CBI and Om Prakash Chautala, who was convicted in the case of acquiring disproportionate assets from 1993 to 2006.

Om Prakash Chautala urged the court to impose a minimum sentence on him, citing medical conditions and old age.

The Central Bureau of Investigation (CBI), meanwhile, demanded a maximum sentence for the convict and said it would send a message to society.

The agency went on to say that Om Prakash Chautala had no clear antecedents as it was the second case in which he has been convicted.

The court had convicted Om Prakash Chautala last week and said the accused had failed to adequately justify such disproportionality by proving that his source of income or resources through which he acquired assets during this period.

According to the CBI’s FIR, Om Prakash Chautala, while serving as Chief Minister of Haryana from July 24, 1999 to March 5, 2005, in collusion with his relatives and others, has accumulated assets, immovable and movable, which are disproportionate were among his known legal sources of income, in his name, in the name of his family members.

The disproportionate assets were calculated at Rs 6.09 crore, 189.11 per cent of its known sources of income.