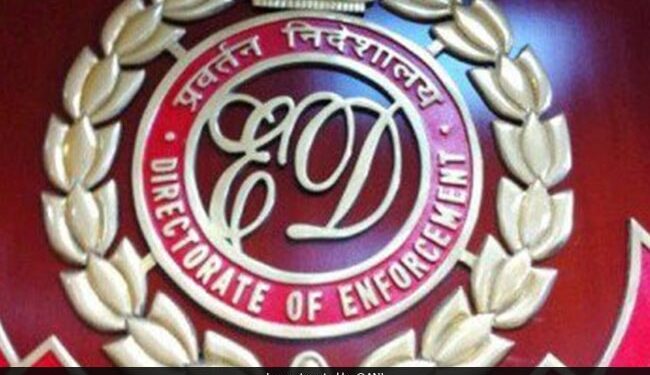 Mr Nayyar has been placed in custody of ED Custody from May 6 to May 20. (Representative)

Enforcement Directorate (ED) has arrested Delhi-based Deepak Nayyar in a case linked to the alleged money laundering of funds worth Rs 1,146 crore by forging air waybills from reputable companies under the guise of freight forwarding services on May 5, the agency said. ED in a Monday press release.

Mr Nayyar, a partner of M/S Seabay International and a resident of Delhi, was arrested and brought before the Prevention of Money Laundering Act (PMLA) special court in Hyderabad. He was remanded in custody from 6 to 20 May.

ED is investigating a money laundering case in which the accused laundered Rs 1,146 crore to Hong Kong by sending foreign remittances from selected bank branches of State Bank of India and State Bank of Mauritius in Mumbai using fake Air Way Bills (AWBs) from reputed companies under the guise of freight forwarding services and fabricated invoices under the guise of importing cloud CCTV storage rental services.

While investigating the fund trail, ED came across the new modus operandi of using fake air waybills from reputable companies under the guise of forwarding services and fake invoices under the guise of importing cloud rental services to send out fake foreigners. remittances from multiple bank accounts of multiple shell companies, leading to the flight of Rs 1146 crore from India.

ED further disclosed this information to Hyderabad Police under Section 66(2) of the PML Act 2002 and it resulted in the registration of a new FIR on 9 September 2021, registering a new PMLA case, it said the release.

While polling suspicious bank accounts and analyzing IT and GST returns, ED Deepak traced Nayyar and found that Mr Nayyar was the import operator who used the shell companies to launder the money.

Previously, a CA, Ravi Kumar, was arrested in this case on December 27, 2021. The suspected mastermind and owners of the empty firms go into hiding.

Further research is underway on the basis of fund track research.