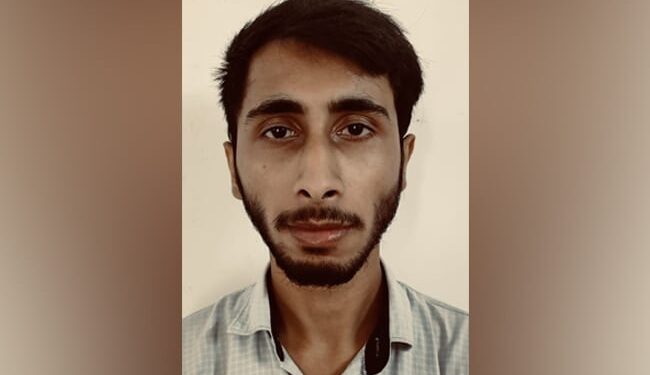 Mohsin Ahmad lived in the Batla House neighborhood of Delhi.

The family of a first-year engineering student, who was arrested in Southeast Delhi and accused of being an “active member” of ISIS by the country’s counter-terrorism agency, has strenuously denied the charges.

Mohsin Ahmad was a “radicalized” individual who raised funds for the global terror group and sent the funds to Syria from various countries using cryptocurrency, the National Investigation Agency said on Sunday.

His family rejected the allegations and said they will challenge the claims in court. They arrived in Delhi this morning from Patna. Mohsin has three sisters and his father works in the railways.

“If he was raising funds, he should have had a lot of money. The day before yesterday, he messaged me asking for Rs 4,000 to take a coding course,” one of his sisters told DailyExpertNews.

“He was very helpful. He was doing social service, collecting donations and distributing food grains to the poor during Covid lockdown,” she said.

“The allegations are completely false, we will challenge them in court. He may not have even understood what he was doing. He made two attempts to clear his technical entrance. My brother is very naive and gullible. I think not that he knew what ISIS was,” she added.

Mohsin’s mother said, “He didn’t come to Delhi until July 12. He was living in Delhi with his friend and cousin.”

He lived in the Batla House neighborhood of Delhi and was enrolled in Jamia Millia Islamia University.

Mohsin Ahmad was arrested on Saturday by an NIA search group, an agency spokesman said, following a case filed on June 25 in ISIS’ online and on-site operations.

“Ahmad is a radicalized and active member of ISIS. He has been arrested for his involvement in raising funds for ISIS from sympathizers in both India and abroad,” the spokesman said.