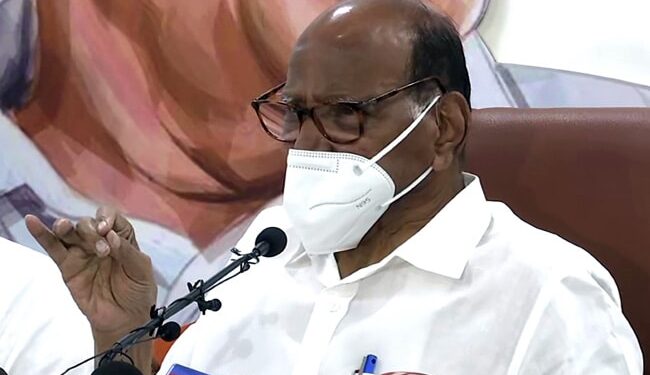 The NCP said on Wednesday that even when leaders of 17 opposition parties urged party chief Sharad Pawar to be the joint opposition candidate for the presidential election, he again declined the offer and asked the parties to propose some other names at the meeting. held in Delhi next week.

The NCP, which is part of the Maha Vikas Aghadi (MVA) government in Maharashtra, also thanked the 17 opposition parties for suggesting Mr Pawar’s name for the presidential poll.

“NCP thanks all 17 opposition parties for unanimously recommending the name of NCP President Sharad Pawar as the United opposition presidential candidate. But Pawar Saheb has refused to be the candidate for the same. The next meeting to discuss more names will be held in Delhi on June 21,” NCP spokesman Mahesh Tapase said in a statement.

Leaders of 17 opposition parties, including Congress, the Samajwadi Party, NCP, DMK, RJD and the left-wing parties, attended Wednesday’s more than two-hour meeting convened by the Trinamool Congress chairman and the chief minister of the West. -Bengal, Mamata Banerjee, to reach consensus on fielding a joint candidate against the BJP-led NDA in the presidential election.

Leaders of several opposition parties urged Pawar to be the joint opposition candidate for the election, but the veteran leader again declined the offer.

“All opposition parties believe that Pawar’s candidacy is best suited for the post of President due to his long political experience and unshakable faith in Indian democracy and the BJP,” Mr Tapase said.

However, Pawar declined to be the candidate for the post of president and requested all opposition leaders to come up with other names regarding the choice of candidates when the leaders meet again in Delhi on June 21,” he added. .

Polls will be held on July 18 to choose the successor to incumbent President Ram Nath Kovind.

The BJP-led NDA is in a comfortable position to win the presidential election, with a vote share of nearly 50 percent of the total voter base.