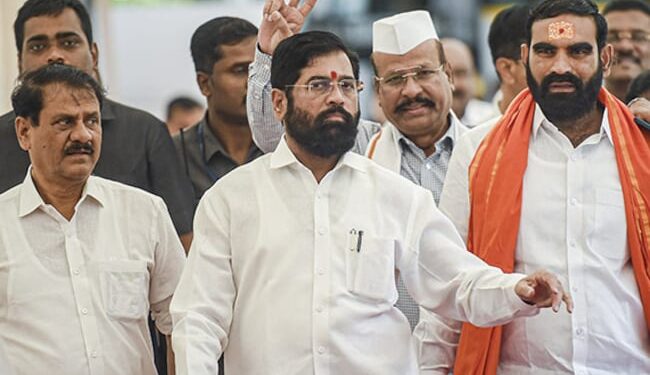 Maharashtra Chief Minister Eknath Shinde arrived in Delhi to hold a discussion on Other Backward Class (OBC) reservations and said the state government is determined to do them justice.

Speaking to Media, Mr Shinde said: “I have come to Delhi to have a discussion about OBC reservations as the Maharashtra government is committed to bringing justice to OBCs. It is important from the perspective of the We’ve talked to attorneys about our preparation for the OBC reservation case (in SC).”

In response to the plea in the Supreme Court by the Uddhav Thackeray camp challenging the disqualification, which will be heard on July 20, the Chief Minister said he has confidence in the judiciary.

“We have unshakable faith in our judiciary. In a democracy, the majority (in the Assembly) matters. We followed all the rules,” said Mr Shinde.

Delhi | We have unshakable faith in our judiciary. In a democracy, the majority (in the Assembly) has meaning. We have followed all the rules: Maharashtra CM Eknath Shinde on plea in SC by Uddhav Thackeray camp challenges disqualification to be heard on July 20 pic.twitter.com/Tg8GhfZPfn

The Supreme Court will hear the pleas filed by both factions of the Shiv Sena on July 20 regarding the political crisis in Maharashtra.

A bench of Chief Justice of India NV Ramana, Justices Krishna Murari and Hima Kohli will hear pleas filed by the Uddhav Thackeray-led camp and the Eknath Shinde camp on Wednesday.

Uddhav Thackeray-led faction had approached the highest court to challenge Maharashtra Governor Bhagat Singh Koshiyari’s decision to invite Eknath Shinde to form the government and also the election and floor test of the chairman.

They had also challenged the action of the newly appointed chairman of the Maharashtra assembly by recognizing the whip of the Prime Minister Eknath Shinde group as the whip of Shiv Sena. The plea said the newly appointed chairman is not authorized to recognize Shinde-nominated whips as Uddhav Thackeray is still the head of Shiv Sena’s official party.

Sunil Prabhu of the Thackeray camp had pleaded for suspension of the Maharashtra meeting of new Prime Minister Eknath Shinde and 15 rebel MLAs pending disqualification requests.

The Shinde group challenged the disqualification notices issued by the Vice-President to 16 rebel MLAs, as well as the nomination of Ajay Choudhary as leader of the Shiv Sena Legislative Party is also pending in the Supreme Court.

On June 29, the highest court gave the green light to the floor test in the Maharashtra assembly on June 30. Maharashtra’s governor refused to follow the direction of then-prime minister Uddhav Thackeray to prove his majority support on the floor of the House on June 29. On June 30, the bank had issued a statement regarding Prabhu’s plea against the floor test.