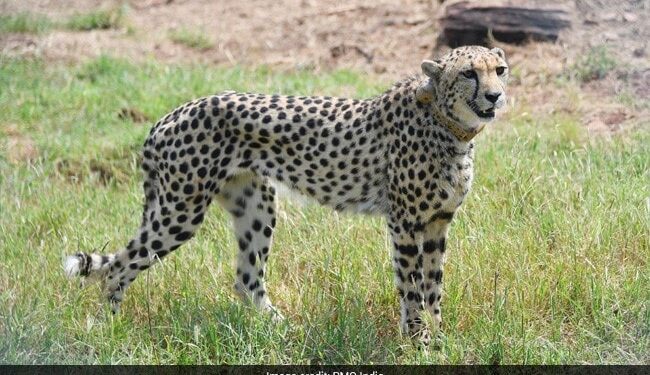 When the door of his cage slid open, the first of the eight cheetahs brought to Kuno National Park in Madhya Pradesh hesitated a few moments before stepping onto the grass.

Then it ran, came to a stop at a tree and scanned the area, its new home 8000 km away from its native Namibia, twisting its neck in all directions.

The moments were captured by TV cameras as well as Prime Minister Narendra Modi, who took pictures with his DSLR camera from the high podium above the cage from which the cheetah had emerged in a special quarantine enclosure. 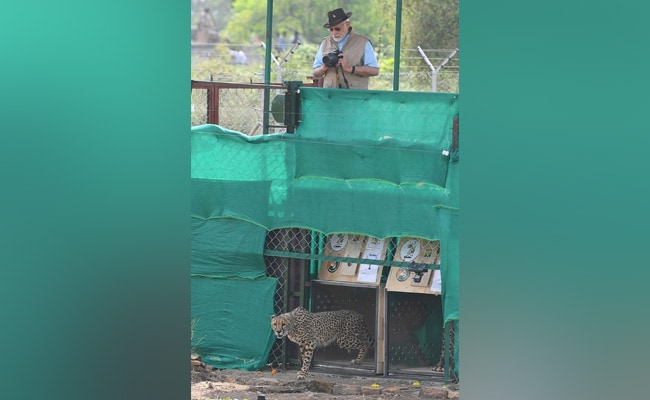 At around 11:30 a.m., Modi operated a lever to release three of the eight cheetahs brought to India from Namibia as part of a project to revive the population of the animal, which had gone extinct in India in 1952.

After spending a month in the quarantine room, the eight cheetahs — five females, three males — will be moved to an acclimation enclosure in the national park where they will remain for up to four months before being released into the wild.

The journey towards sustainable development and the protection of our flora and fauna is not complete without community participation. In Madhya Pradesh earlier today, interacted with Cheetah Mitras who will surely do an excellent job. pic.twitter.com/eIVCxeZj7A

In his speech after the release of cheetahs, Prime Minister Modi warned that they need time to get used to their new environment before people can see them in the wild.

“Cheetahs are our guests; we should give them a few months to make Kuno National Park their home,” he said.

Spread over 700 square kilometers, the KNP is located on the northern side of the Vindhyachal Mountains. It takes its name from the Kuno River, a tributary of the Chambal.