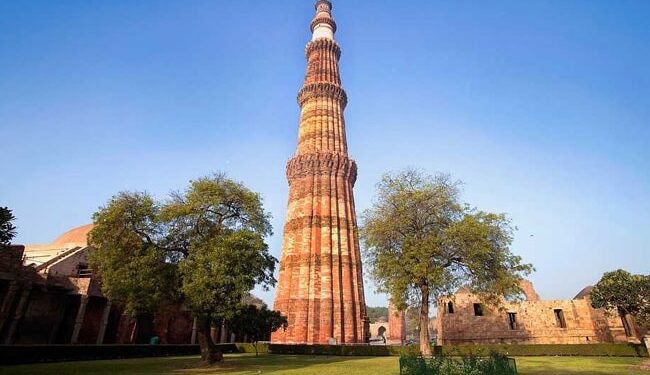 Culture Minister GK Reddy told news agency ANI that no such decision has been made yet.

No such decision has been made, Union Culture Minister GK Reddy said today, rejecting several media reports that excavations could be made at the iconic Qutub Minar complex in Delhi. Sources had previously said that the Ministry of Culture had instructed that iconography of idols be made in the complex, and that the excavation could be started 15 meters from the mosque south of Qutub Minar. The Archaeological Survey of India (ASI) would begin excavations and report to the Ministry of Culture, they said.

However, Minister Reddy told news agency ANI that no such decision has yet been taken.

After Culture Minister Govind Mohan visited the monument on Saturday, it was reported that the ASI had been ordered to conduct excavations to determine whether Qutub was built by Qutubuddin Aibak or Chandragupta Vikramaditya, The Indian Express reported, adding that the ministry insists it was a regular site visit by its officials and no such decision has been made so far.

A Delhi court last month ordered the ASI not to remove two idols of Lord Ganesha from the Qutub Minar complex until further instructions.

The court has passed the injunction on a lawsuit filed by lawyer Hari Shankar Jain on behalf of the Jain god Tirthankar Lord Rishabh Dev, alleging that 27 temples had been partially demolished by Qutubdin Aibak, a general in Mohamad Gauri’s army, and Quwwat-ul-Islam Mosque was raised within the complex by reusing the material.

Mr Jain stated that two idols of Lord Ganesha had stood on the property from time immemorial and that he suspected that the ASI would likely take them to one of the National Museums as artifacts, PTI news agency had reported.

A Vishnu Shankar Jain had also petitioned the Saket Court in Delhi, demanding the reinstallation of idols of Hindu deities in the complex and the right to prayer at the site. The case will be heard on May 24. The court had asked the Center and ASI to submit comments in the case.

44 members of two right-wing groups were arrested earlier this month after reciting the Hanuman Chalisa in front of the Qutub Minar complex and demanding that it be renamed “Vishnu Stambh”. Police said they were temporarily detained for blocking traffic in the area.