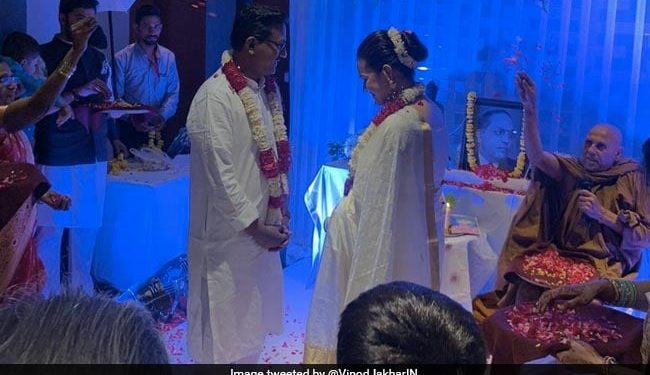 Tina Dabi is the first Dalit to surpass the official exam

The first photos of Tina Dabi, a civil servant of the Indian Administrative Service (IAS), who passed the civil service exams in 2015, and fellow officer Dr Pradeep Gawande who married earlier this week, have emerged.

The wedding in Rajasthan was a private affair attended by family and close friends.

The pair exchanged garlands in a simple ceremony with a portrait of Dalit icon BR Ambedkar in the background.

The photo was shared on Twitter by Vinod Jakhar, national secretary of the National Students’ Union of India (NSUI).

Today there was a reception.

While Ms Dabi is currently the Joint Secretary of the Rajasthan Finance Department, Dr Gawande is the Director of the Archeology and Museum Department in Rajasthan.

The officials announced their engagement last month with an image on the photo-sharing app Instagram. Tina Dabi tagged her fiancé, writing, “I’m wearing the smile you gave me to your fiancé.”

The couple reportedly met during the pandemic and it was Dr. Gawande who proposed to Mrs. Dabi.

Tina Dabi is the first Dalit to pass the official exam. 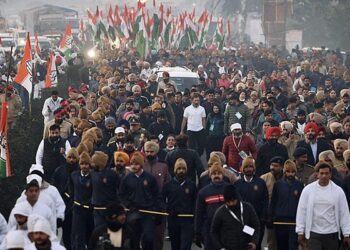 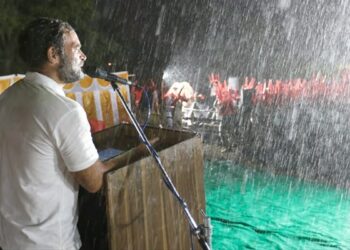 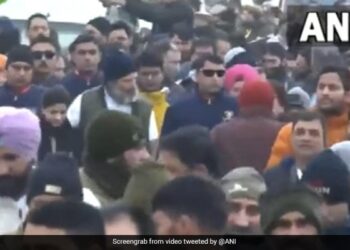 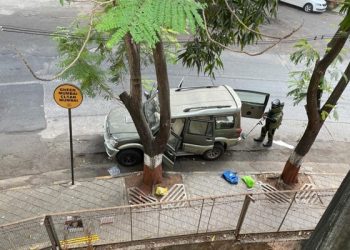