‘For Morbi victims’: Gujarat minister says no dhol, no speaker on nomination 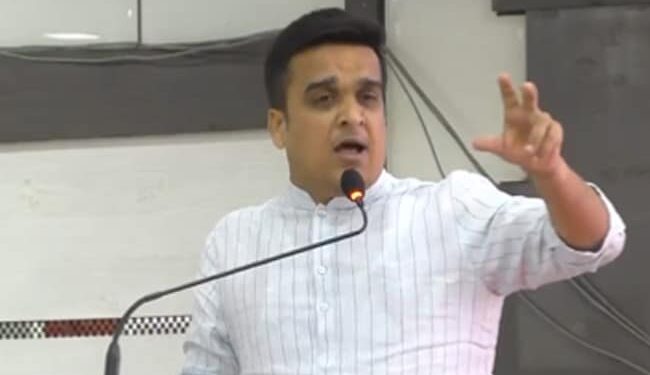 Gujarat Home Affairs Minister Harsh Sanghavi said no dhol (drums) or loudspeakers will be used as he went in a procession today to submit his nomination papers from Surat’s Majura segment for the assembly elections. He said he is doing it as a sign of respect for the victims of Morbi, where more than 130 people died in a bridge collapse. Only a small rally will be held, the senior BJP leader said.

However, a microphone and loudspeaker were used onstage as he addressed his supporters before going to the polling station to submit his papers. A live broadcast of the rally was available on the minister’s Facebook page.

Gujarat will vote on December 1 and 5 and the results will be announced on December 8, along with Himachal Pradesh’s.

The Morbi case, meanwhile, is pending before the Supreme Court, which has sought reports from six departments as the bridge was reopened earlier than planned by the renovation contractor.

So far, the police have arrested only a few employees of the Oreva Group company, while opposition parties and activists continue to demand action against top officials of the company and the Morbi municipality who signed the 15-year contract.

The 150-year-old bridge over the Machchhu River was closed for repairs for seven months. It was reopened to the public on October 26, the Gujarati New Year, without an eligibility certificate from the civil authorities. The contract stated that it was to remain closed for 8-12 months. Previously reopened in October, it fell on October 30, reportedly because the cables had not been replaced to repair and the new floor was too heavy.

About 500 people, including women and children, were on the suspension bridge – tickets sold for Rs 12-17 – when the cables broke, causing people to plunge into the river. According to authorities, the bridge could support the weight of only 125 people.

Video: Cobra slips out of fridge, coils around compressor